July 3, 987  Hugh Capet is crowned King of France, the first of the Capetian dynasty that would rule France until the French Revolution

July 3, 1035  Death of Robert I the Magnificent, Duke of Normandy
Robert was the father of William the Conqueror.

July 3, 1642 - Death of Marie de Medici, second wife of Henri IV of France, at Cologne, Germany; heart is buried at Cologne Cathedral, other remains are buried at the Basilica of St. Denis

July 3, 1743  Birth of Sofia Magdalena of Denmark and Norway, wife of Gustav III of Sweden

July 3, 1934  Death of Hendrik of Mecklenburg-Schwerin, husband of Queen Wilhelmina, at the Hague, the Netherlands; buried at Nieuwe Kerk in Delft
~Susan~
~Unofficial Royalty~
Royal news updated daily, information and discussion about royalty past and present
http://www.unofficialroyalty.com/
Top

5 July, 1687 -Isaac Newton publishes his groundbreaking Philosophiæ Naturalis Principia Mathematica, considered to be among the most influential books in the history of science, laying the groundwork for most of classical mechanics. In this work, Newton described universal gravitation and the three laws of motion which dominated the scientific view of the physical universe for the next three centuries. 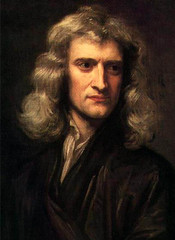 Oops- seem to have got a day ahead of myself here

July 4, 1394  Birth of Philippa, daughter of Henry IV, at Peterborough Castle
Philippa was the second daughter and seventh and youngest child of Henry IV and his first wife Mary de Bohun. She married King Eric VII of Denmark at age 12. Twenty-three years later, Philippa delivered a stillborn child and never fully recovered her health. She retired to a convent and died shortly thereafter.

July 4, 1666  Birth of Charles, Duke of Kendal, son of James II, at St. James Palace, London, England
Charles was the third son and fifth child of James, Duke of York (later James II) and his first wife Anne Hyde. He died at St. James' Palace at age ten months and was buried at Westminster Abbey.

July 4, 1942 - Birth of Prince Michael of Kent at Coppins, Iver, Buckinghamsire
Full name: Michael George Charles Franklin
Michael was born 6 weeks before the death of his father on active duty during World War II. Since he was born on American Independence Day, President Franklin Roosevelt was one of his godparents.
~Susan~
~Unofficial Royalty~
Royal news updated daily, information and discussion about royalty past and present
http://www.unofficialroyalty.com/
Top

July 5, 1866  Wedding of Princess Helena, daughter of Queen Victoria, and Christian of Schleswig-Holstein at the Private Chapel, Windsor Castle

July 5, 1911 - Death of Maria Pia of Savoy, wife of Luís I of Portugal, in Turin, Italy; buried at the Basilica of Superga, near Turin, Italy
~Susan~
~Unofficial Royalty~
Royal news updated daily, information and discussion about royalty past and present
http://www.unofficialroyalty.com/
Top

July 6, 1249  Death of Alexander II of Scotland at the Isle of Kerrera in the Inner Hebrides Scotland, buried at Melrose Abbey

6 July, 2010. Queen Elizabeth 11 visits New York for first time in 35 years. Will address the General Assembly of the UN for the first time since 1957, and will visit Ground Zero!
Top

I was considering going into New York to see her, but we have too many things to do and, more importantly, it is supposed to be 100 F (37 C) here and New York City is very unpleasant in that kind of heat. I bet the Queen will be outdoors as little as possible.
~Susan~
~Unofficial Royalty~
Royal news updated daily, information and discussion about royalty past and present
http://www.unofficialroyalty.com/
Top

July 7, 1162 - Death of Haakon II of Norway at Romsdal; first buried at Romsdal, reburied at Nidaros Cathedral in Trondheim

July 7, 1307  Death of Edward I at Burgh-by-Sands, near Carlisle, buried at Westminster Abbey

July 8, 975  Death of Edgar the Peaceable at Winchester, England, buried at Glastonbury Abbey

July 8, 1290  Wedding of Margaret, daughter of Edward I, and John II, Duke of Brabant, at Westminster Abbey, London

July 8, 1859  Death of Oscar I of Sweden at Stockholm; buried at Riddarholm Church in Stockholm

July 9, 1746  Death of Philip V of Spain at Madrid; buried at the Collegiate Church of the La Granja Palace in San Ildefonso

July 9, 1836 - Birth of Sophia of Nassau, wife of Oscar II of Sweden at Stockholm Palace, buried at Riddarholmen Church

July 9, 1985  Death of Grand Duchess Charlotte of Luxembourg at Fischbach Castle; buried at the Ducal Crypt of the Notre-Dame Cathedral in Luxembourg City