June 26, 1291  Death of Eleanor of Provence, wife of Henry III, at Amesbury Abbey, Wiltshire; buried at the Convent Church, Amesbury

June 26, 1575  Birth of Anne Catherine of Brandenburg, first wife of the Christian IV of Denmark

June 26, 1922  Death of Prince Albert I of Monaco in Paris; buried at Saint Nicholas Cathedral, Monaco

Richard III legally became king on the above date, but he was not crowned until July 6, 1483.
~Susan~
~Unofficial Royalty~
Royal news updated daily, information and discussion about royalty past and present
http://www.unofficialroyalty.com/
Top

June 27, 1743 - George II, the last British monarch to lead troops in battle, commanded part of his army in the Battle of Dettingen in the War of Austrian Succession

June 28, 1189 - Death of Matilda, daughter of Henry II, at Brunswick, Germany; buried at the Cathedral of St. Blasius, Brunswick

June 28, 1757 - Death of Princess Sophia Dorothea, daughter of George I, wife of Frederick I of Prussia, at Monbijou Palace, Berlin

June 28, 1914 - Assassination of Archduke Franz Ferdinand, heir to the throne of Austria-Hungary, and his wife Sophie in Sarajevo, by Serb nationalist, Gavrilo Prinzip, starting World War I; both are buried at Artstetten Castle, Austria

June 28, 1975  Wedding of Princess Christina of the Netherlands and Jorge Guillermo
The couple divorced in 1996.
~Susan~
~Unofficial Royalty~
Royal news updated daily, information and discussion about royalty past and present
http://www.unofficialroyalty.com/
Top

June 29, 1149,Raymond de Poitiers (d'Aquitaine) Prince of Antioch (uncle and putative lover of Eleanor d'Aquitaine) was defeated and killed at the Battle of Inab by Nur ad-Din Zangi. 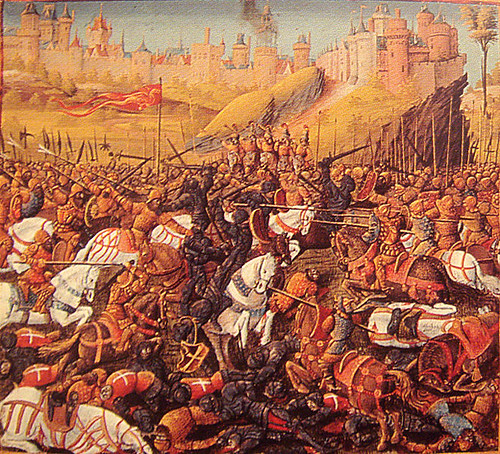 June 29, 1841 - Death of Frederica of Mecklenburg-Strelitz, wife of Ernest, Duke of Cumberland, King of Hanover, at Hanover, Germany; buried at Chapel of Schloss Herrenhausen, Hanover

June 29, 1875  Death of Ferdinand I, Emperor of Austria, King of Hungary and Bohemia; buried in the Imperial Crypt in Vienna

June 29, 1990 - Wedding of Prince Akishino of Japan and Kiko Kawashima

June 30, 1670  Death of Henrietta-Anne of England, daughter of Charles I, wife of Philippe duc d'Orléans, at the Palace of St. Cloud, Paris; buried at St. Denis Cathedral, France

July 1, 1726  Death of Charlotte of Hanau-Lichtenberg, wife of Louis VIII, Landgrave of Hesse-Darmstadt

July 1, 1862 - Wedding of Princess Alice and Grand Duke Louis IV of Hesse and by Rhine at Osborne House, Isle of Wight

July 2, 1017 - Wedding of Canute the Great and Emma of Normandy
Emma was the mother of Edward the Confessor by her first marriage to Ethelred the Unready.

July 2, 1492 - Birth of Elizabeth, daughter of Henry VII and Elizabeth of York

July 2, 1644 - Oliver Cromwell defeats Prince Rupert of the Rhine, Duke of Cumberland at the Battle of Marston Moor
Prince Rupert was a grandson of King James I and a nephew of King Charles I.

July 2, 1903 - Birth of Olav V of Norway
Birth Name: Prince Alexander Edward Christian Frederik of Denmark
The son of Prince Carl of Denmark and Princess Maud of the United Kingdom, he assumed the name Olav when his father became King Haakon VII of Norway in 1905.

July 2, 1932 - Death of Manuel II of Portugal in exile at Fulwell Lodge, London; buried at the Monastery of São Vicente de Fora, Lisbon