May 4 in royal history:

May 4, 1471 - Yorkists defeat Lancastrians at the Battle of Tewkesbury

May 4, 1471 - Death of Edward, Prince of Wales, only child of Henry VI and Margaret of Anjou, at the Battle of Tewkesbury; buried at Tewkesbury Abbey, Gloucester

May 4, 1616  Death of Magdalena of Brandenburg, wife of Louis V, Landgrave of Hesse-Darmstadt

May 4, 1884  Death of Maria Anna of Savoy, wife of Ferdinand I of Austria; buried at the Imperial Crypt, Vienna

May 4, 1994  Birth of Pauline Ducruet, daughter of Princess Stephanie of Monaco

May 5 in royal history:

May 5, 1316 - Death of Elizabeth of Rhuddlan, daughter of Edward I, at Quendon, Essex; buried at Waltham Abbey, Essex

May 5, 1738 – Birth of Adolf Friedrich IV, Duke of Mecklenburg-Strelitz

May 5, 1747 - Birth of Leopold II, Holy Roman Emperor, King of Hungary, Archduke of Austria, and Grand Duke of Tuscany

May 5, 1821 - Death of Napoleon Bonaparte, Emperor of the French, on the island of St. Helena, originally buried on St. Helena, re-interred at St Jerome's Chapel in Paris in 1840, and finally at Les Invalides in Paris in 1861

Naopleon's tomb has got to be the largest tomb I have ever seen! Photo is from my trip last summer. Compare the tomb size to the people!

May 6 in royal history:

May 6, 1680  Wedding of Karl XI of Sweden and Ulrike Eleonora of Denmark

May 6, 1960 - Wedding of Princess Margaret and Antony Armstrong-Jones at Westminster Abbey 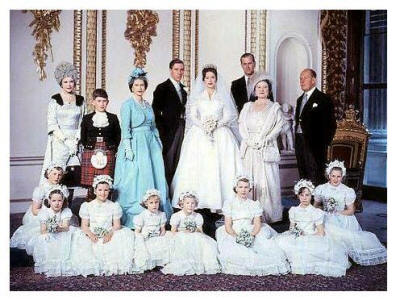 May 7, in royal history:

May 7, 1682  Death of Tsar Feodor III of Russia in Moscow; buried at the Cathedral of the Archangel in Moscow

May 7, 1718 - Death of Mary of Modena, second wife of James II, at Château St. Germain-en-Laye, Paris, France; buried at the Abbey of Visitation of St. Mary, Chaillot, France

May 7, 1767 - Birth of Frederica of Prussia, wife of Prince Frederick, Duke of York, at Charlottenburg, Berlin, Prussia

May 8 in royal history:

May 8, 1559 - Act of Supremacy defines Elizabeth I as the Supreme Governor of the Church of England

May 8, 1736 - Wedding of Frederick, Prince of Wales, son of George II, and Augusta of Saxe-Gotha at Chapel Royal, St. James Palace

May 9 in royal history:

May 9, 1671 - Thomas Blood steals the crown jewels. He is captured and later freed by Charles II.

May 9, 1892 - Birth of Zita of Bourbon-Parma, wife of Emperor Karl I of Austria-Hungary

May 9, 1946 - Abdication of Victor Emmanuel III of Italy; Umberto II proclaims himself king

May 10 in royal history:

May 10, 1774 - Death of Louis XV of France at the Palace of Versailles; buried at Saint Denis Basilica

May 10, 1775  Death of Caroline Mathilde of Wales, wife of King Christian VII of Denmark, sister of King George III, at Celle, Germany; buried at Stadtkirche St. Marien in Celle

May 10, 1788  Birth of Catherine Pavlovna of Russia, wife of William I of Württemberg

May 10, 1794  Execution of Madame Elisabeth of France, sister of Louis XVI

May 11 in royal history:

May 11, 973 - King Edgar crowned at Bath Abbey
The service at Edgars crowning, written by St. Dunstan, Archbishop of Canterbury, forms the basis of the current coronation service

May 12 in royal history:

May 12, 1191  Wedding of Richard I and Berengaria of Navarre at the Chapel of St. George, Limassol, Cyprus

May 12, 1708  Death of Adolf Frederick II, Duke of Mecklenburg-Strelitz

May 13 in royal history:

May 13, 1359 - Wedding of John of Gaunt, son of Edward III, and Blanche of Lancaster at Reading Abbey, Berkshire

May 13, 1629 - Birth and death of Charles, Duke of Cornwall, son of Charles I, at Greenwich Palace, London; buried at Westminster Abbey
Charles, the eldest son of Charles I and his wife Henrietta Maria of France, was born prematurely after his mother had been frightened by a mastiff jumping at her.

May 13, 1717 - Birth of Maria Theresa, Archduchess of Austria, and Queen of Hungary and Bohemia

May 13, 1822  Birth of Francis of Spain, king consort of Queen Isabella II of Spain