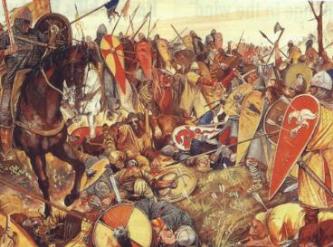 1582  Because of the implementation of the Gregorian calendar, this day does not exist in this year in Italy, Poland, Portugal and Spain.[/quote]

October 16, 1793 - Execution of Marie Antoinette of France at the Place de la Révolution, Paris; originally buried in a mass grave near the location of today's La Madeleine church, reburied at the Basilica of St. Denis

October 16, 1944: on KW's twenty-fifth birthday, Macmillan and Company launched Forever Amber, her first and best-known novel, with a tea party in their New York boardroom.

Winsor's youth and beauty caused a stir and one reporter even snipped a lock of her hair "to paste in his memory book" (Madonne H. Miner, Insatiable Appetites: Twentieth Century American Women's Bestsellers)

Photo of KW attached.
You do not have the required permissions to view the files attached to this post.
Top

Wow- I'd never seen a picture of KW before- she looks a bit like a young Rita Hayworth, doesn't she?
Top

[quote=""annis""]Wow- I'd never seen a picture of KW before- she looks a bit like a young Rita Hayworth, doesn't she?[/quote]

October 18, 1469 - Wedding of Ferdinand II of Aragon and Isabella I of Castile

Described thus by one of the chroniclers (sorry can't find which one):

"at midnight, a whirlwind swept over Newark with such violence that the townsfolk thought that all their houses would fall - and in that hour of elemental disturbance and human terror the King passed away."
Top

"…at midnight, a whirlwind swept over Newark with such violence that the townsfolk thought that all their houses would fall - and in that hour of elemental disturbance and human terror the King passed away."

This piece appears in Kate Norgate's book "John Lackland" see pg 285 - whether she took it from elsewhere I'm not sure, though she does provide references. EC did an interesting article on her Living the History blog about Newark, the town where John died and mentions the storm at the time of his death. Such a dramatic exit seems very appropriate! It seems that John was deserted by his servants after his death- they all absconded with any moveable goods they could grab, even leaving his body without a cover. This sounds almost an exact repeat of what happened at the death of John's father, King Henry II. I guess royal servants never knew whether they'd get paid or not after their master died.
Last edited by annis on Sun October 18th, 2009, 7:02 am, edited 3 times in total.
Top
Post Reply
1863 posts