26 August, 1346, the Battle of Crécy, a significant battle of the Hundred Years War and triumph of the English longbow. King Edward IIIs crushing English victory over the French; where the Black Prince won his spurs and acquired the emblem of the Three White Feathers. 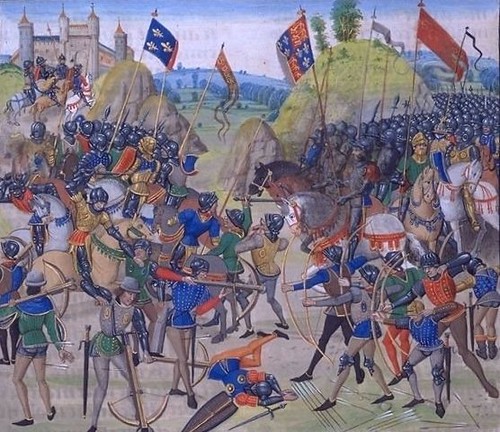 On Aug. 26, 1920, the 19th Amendment to the U.S. Constitution, guaranteeing women the right to vote, was declared in effect.
Top

August 26, 1551  Death of Margareta Leijonhufvud, second wife of Gustav I of Sweden; buried at Uppsala Cathedral

August 26, 1850  Death of Louis-Philippe I, King of the French, in exile at Claremont, Surrey, England; buried at the Chapelle Royale in Dreux, France

Hey Susan, you should check the other posts before you post, I posted about Prince Albert last night

August 27, 1487  Birth of Anna of Brandenburg, first wife of the future Frederick I of Denmark

[quote=""SonjaMarie""]Hey Susan, you should check the other posts before you post, I posted about Prince Albert last night

August 28, 1667  Birth of Louise of Mecklenburg-Güstrow, first wife of Frederick IV of Denmark

August 28, 1943  Death of Tsar Boris III of Bulgaria at Sofia, Bulgaria; originally buried at Rila Monastery, re-buried in the courtyard of the Vrana Palace during the Communist regime, at a later date the coffin was removed to an unknown location

August 28, 1972 - Death of Prince William of Gloucester in an airplane accident at an air show at Halfpenny Green, near Wolverhampton, buried at Frogmore, Windsor

August 29, 1189  Wedding of King John and Isabel of Gloucester, at Marlborough Castle, Wiltshire
This marriage was annulled in 1199.

August 29, 1815 - Wedding of Ernest, Duke of Cumberland, son of George III, and Frederica of Mecklenberg-Strelitz, at Carlton House, London

August 29, 1935  Death of Astrid of Sweden, wife of Leopold III of Belgium, in a car accident near their villa at Küssnacht am Rigi, Schwyz, Switzerland; buried at the Church of Our Lady in Laeken, Belgium

On Aug. 29, 1991, the Supreme Soviet, the parliament of the U.S.S.R., suspended all activities of the Communist Party, bringing an end to the institution.

The speed of what happened next still amazes me. I had no idea the eastern block would implode the way it did.
Top

August 30, 1813  Birth of Mathilde of Bavaria, wife of Louis III, Grand Duke of Hesse and by Rhine

August 30, 1831  Death of Louise of Saxe-Gotha-Altenburg, wife of Ernest I, Duke of Saxe-Coburg and Gotha
Louise was the mother of Prince Albert, Queen Victorias husband. Six years after marrying Ernest, the marriage was dissolved. Louise died five years later of cancer.