Going away for a couple of days, so posting this early.

August 16, 1573  Birth of Anna of Austria, first wife of Sigismund III Vasa of Sweden and Poland

Going away for a couple of days, so posting this early.

August 17, 1153 - Death of Eustace of Boulogne, son of King Stephen, at Bury St. Edmunds, Suffolk, buried at Faversham Abbey, Kent
Eustace was the second but first surviving son of King Stephen and Matilda of Boulogne. He became the ruler of his mother's country in 1147 at the age of 21. Eustace married Constance, the only daughter of Louis VI of France. He had a very unpleasant personality and more or less imprisoned his wife in Canterbury Castle. He died childless "of fever" or "in a fit of madness" and was buried at Faversham Abbey. At Eustace's death, young Henry Fitzempress came to England to claim his rights to the English throne through his mother the Empress Maud, the only surviving child of Henry I. Stephen, who was the Empress Maud's first cousin and Henry reached an agreement with the Treaty of Wallingford which allowed Stephen to rule until his death when the throne would pass to Henry who ruled as Henry II.

August 17, 1153 - Birth of William, Count of Poitiers, son of Henry II, at Normandy, France
William was the first child of Henry II and Eleanor of Aquitaine and was born on the day Eustace of Boulogne, King Stephens son and heir died. William died when he was three.

August 17, 1786 - Death of Frederick II (the Great), King of Prussia, at the Palace of Sanssouci, Potsdam, Germany; originally buried at the Garrison Church in Potsdam, re-buried at Sanssouci

August 17, 1786  Birth of Viktoria of Saxe-Coburg-Saafeld, mother of Queen Victoria, at Coburg, Germany

On Aug. 15, 1947, India and Pakistan became independent after some 200 years of British rule.
Top

Early exploration of Pensacola Bay (called Polonza or Ochuse) spanned decades, with Ponce de León (1513), Pánfilo de Narváez (1528), and Hernando de Soto plus others charting the area.Due to prior exploration, the first settlement of Pensacola was large, with over 1,400 people on 11 ships from Vera Cruz, Mexico landing on August 15, 1559,led by Don Tristán de Luna y Arellano. However, weeks later on September 19, 1559, the colony was decimated by a hurricane which killed hundreds, sank five ships, grounded a caravel, and ruined supplies. The 1,000 survivors decided to relocate and resupply the settlement but, due to famine and attacks, the effort was abandoned in 1561. About 240 people sailed to Santa Elena (today's Parris Island, South Carolina), but another storm hit there, so they sailed to Cuba and scattered. The remaining 50 at Pensacola were taken back to Mexico, and the Viceroy's advisers concluded that northwest Florida was too dangerous to settle, a belief that endured for 135 years. http://en.wikipedia.org/wiki/Pensacola


My family is from Pensacola and I've been in and out of the area since I was a tiny baby. I worked a temp data entry job at the Univ of West Florida archaeology department under Dr. Judith A Bense in the mid 80's and became fascinated with artifacts found at a downtown site being excavated at the time. With Pensacola having flown five different country's flags over 450 years, there is still so much to discover there.
We are the music makers, And we are the dreamers of dreams ~ Arthur O'Shaughnessy, Ode
Top

August 18, 1645  Death of Yevdokiya Lukyanovna Streshnyova, second wife of Michael I of Russia; buried at the Cathedral of the Archangel in Moscow

August 18, 1781  Death of Franz Josef I of Liechtenstein; buried at the Church of the Nativity of the Virgin Mary in Vranov nearby Brno, Czech Republic

August 19, 1274 - Coronation of Edward I and his wife Eleanor of Castile

August 19, 1284 - Death of Alfonso, Earl of Chester, son of Edward I, at Windsor Castle, buried at Westminster Abbey

August 19, 1596 - Birth of Princess Elizabeth, daughter of James I of England, at Dunfermline Palace, Fife, Scotland

August 19, 1890  Birth of Augusta Victoria of Hohenzollern-Sigmaringen, wife of Manuel II of Portugal

August 20, 1858, Charles Darwin's seminal and controversial theory of evolution is published in The Journal of the Proceedings of the Linnean Society of London, alongside Alfred Russel Wallace's same theory.
See "Origin of Species" 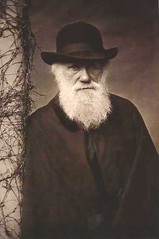 August 21, 1813  Death of Sofia Magdalena of Denmark and Norway, wife of Gustav III of Sweden, at Ulriksdal Palace; buried at Riddarholmen Church