August 12. 30BC, Cleopatra VII, last of the Ptolemaic rulers of Egypt, commits suicide rather than become a prisoner of Rome. By tradition she used the deadly bite of a snake, the asp, as the means. 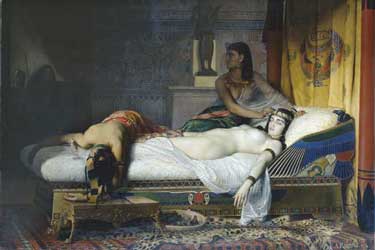 [quote=""annis""]August 12. 30BC, Cleopatra VII, last of the Ptolemaic rulers of Egypt, commits suicide rather than become a prisoner of Rome. By tradition she used the deadly bite of a snake, the asp, as the means.

"The Death of Cleopatra", painted 1874 by Jean André Rixens[/quote]

Lol! The nineteenth century artists loved to sneak in some flesh in the guise of a classical subject - the Victorian version of "I only read it for the articles"

August 12, 1545  Death of Maria Manuela of Portugal, first wife of the future Philip II of Spain and I of Portugal, at Valladolid, Spain; buried at the Monastery of San Lorenzo El Real in El Escorial
Maria died soon after she gave birth to Don Carlos, Prince of Asturias, a deformed child who was heir of the Spanish crown who predeceased his father.

13 August, 1521, Spanish conquistador, Hernán Cortés, completes the conquest of Mexico by capturing the island city of Tenochtitlán after a siege. 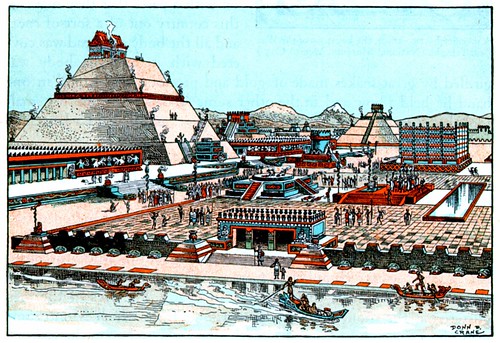 Artist's impression of the city at its peak.
Top

August 13, 1090 - Death of Constance, daughter of William the Conqueror, buried at St. Melans near Rhedon in France
Born around 1066, Constance was one of the daughters of William I and Matilda of Flanders. She married Alan IV, Duke of Brittany in 1086. Constance was supposedly poisoned by her servants.

August 14, 1040  Death of Duncan I of Scotland at Pitgaveny near Elgin, Scotland; buried on the Isle of Iona, Scotland

August 14, 1479 - Birth of Catherine of York, daughter of Edward IV, at Eltham Palace

August 14, 1754  Death of Maria Anna of Austria, wife of João V of Portugal, in Lisbon, Portugal; buried at the Monastery of São Vicente de Fora, Lisbon

August 14, 1862  Birth of Prince Henry of Prussia, son of Frederick III, at Neues Palais, Potsdam, Germany
Prince Henry was the son of Victoria, Princess Royal and Kaiser Frederick III and a grandson of Queen Victoria. He married his first cousin Princess Irene of Hesse and by Rhine, daughter of Princess Alice.
~Susan~
~Unofficial Royalty~
Royal news updated daily, information and discussion about royalty past and present
http://www.unofficialroyalty.com/
Top

The death of Charlemagne's legendary paladin Roland at theBattle of Roncevaux Pass, 15 August, 778. 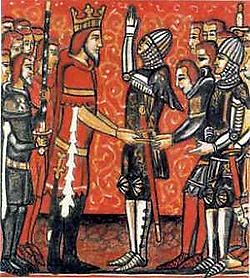