[quote=""Ash""]You might also have them read Book Theif, about a young German girl dealing with the war in her village.[/quote]

I don't have much choice about what the students read. We have a fairly regimented curriculum.
~Susan~
~Unofficial Royalty~
Royal news updated daily, information and discussion about royalty past and present
http://www.unofficialroyalty.com/
Top

No, I meant as a suggestion for future reading, on their own.
Top

[quote=""Ash""]No, I meant as a suggestion for future reading, on their own.[/quote]

August 6, 1666 – Birth of Maria Sofia of the Palatinate, wife of Pedro II of Portugal

August 6, 1746 - Death of Christian VI of Denmark at Copenhagen; buried at Roskilde Cathedral

August 7, 1282 - Birth of Elizabeth of Rhuddlan, daughter of Edward I, at Rhuddlan Castle, Wales

August 7, 1721  Wedding of Christian VI of Denmark and Sophia Magdalen of Brandenburg-Kulmbach

August 7, 1850  Wedding of Frederik VII of Denmark (third marriage) and Louise Danner
Countess Danner, born Louise Rasmussen, was a milliner and a ballet dancer and had been the kings mistress for many years.

August 7, 1972  Death of Aspasia Manos, wife of Alexander I of Greece, in Venice; first buried at the Cemetery of San Michele Island near Venice, re-buried at the Tatoi Royal Cemetery
~Susan~
~Unofficial Royalty~
Royal news updated daily, information and discussion about royalty past and present
http://www.unofficialroyalty.com/
Top

August 8, 1824 - Birth of Princess Marie of Hesse and by Rhine, wife of Tsar Alexander II of Russia

On this day, Nixon resigned.
Top

It was 40 years ago that the photo was taken of the Beatles on the pedestrian crossing on Abbey Road.
My Blog - Reading Adventures

August 9, 1669  Birth of Eudoxia Feodorovna Lopukhina, first wife of Peter I of Russia (the Great)

August 9, 1902 - Coronation of Edward VII after a six week delay due to his emergency appendectomy
Edwards wife Alexandra of Denmark was crowned with him.

10 August, 991 AD was the date of the Battle of Maldon, subject of an epic poem celebrating the heroic stand of the Anglo-Saxon warrior Brythnoth who led his thegns against Viking invaders. This poem is said to have inspired the scene in JRR Tolkien's "Lord of the Rings" where Gandalf stands against the Balrog, on the Bridge in the caves of Moria

Commemorative statue of Brythnoth at Maldon 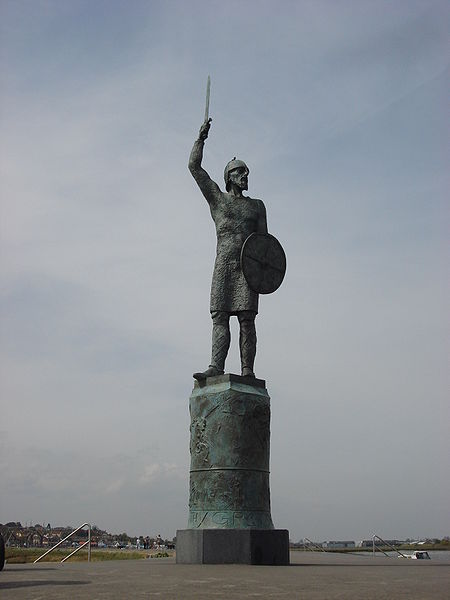