[quote=""annis""]"Aux armes, citoyens!" The Storming of the Bastille on 14 July, 1789, the official start of the French Revolution. 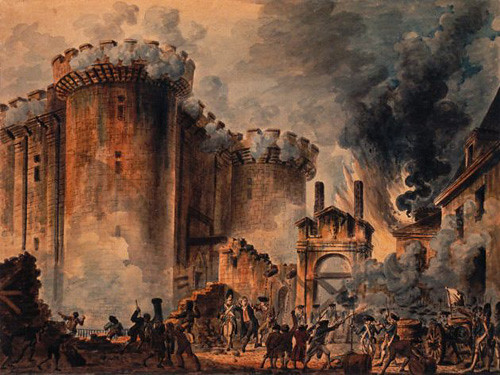 We used to have a Bastille Day Party on the Saturday closest to July 14. Here's a photo of the site of the Bastille from my trip to Paris last week.

July 14, 1958 - Assassination of King Faisal II of Iraq at Baghdad; Army of Iraq overthrows the monarchy; buried at the Royal Mausoleum, Adhamiyah
Faisal was only 23 when he was killed along with the rest of the royal family.

July 15, 1685 - Execution of James, Duke of Monmouth, illegitimate son of Charles II, for treason at Tower Hill; buried at the Chapel Royal of St. Peter ad Vincula, Tower of London
Sarah, Duchess of York, Princess Alice of Gloucester, and Diana, Princess of Wales are all descendants of the Duke of Monmouth.
~Susan~
~Unofficial Royalty~
Royal news updated daily, information and discussion about royalty past and present
http://www.unofficialroyalty.com/
Top

Thanks Carine! I have a WORD file of royal dates that I post on the royalty forum.
~Susan~
~Unofficial Royalty~
Royal news updated daily, information and discussion about royalty past and present
http://www.unofficialroyalty.com/
Top

July 17, 1328  Wedding of Joan of the Tower, daughter of Edward II, and David II of Scotland, at Berwick-on-Tweed, Northumberland

July 17, 1762  Assassination of Tsar Peter III of Russia at Ropsha, Russia; reburied by his son Tsar Paul at Peter and Paul Cathedral in St. Petersburg; his wife Catherine II (the Great) becomes empress

July 17, 1918 - Execution by firing squad of Tsar Nicholas II of Russia and his family in Yekaterinburg, Siberia

July 18, 1938  Death of Marie of Edinburgh, wife of King Ferdinand I of Romania, granddaughter of Queen Victoria, at Peles Castle, Sinaia, Romania, buried at the Monastery of Curtea de Arges, Romania

July 19, 1821 - Coronation of George IV
Georges estranged wife Caroline of Brunswick was not crowned with him. She came to Westminster Abbey, but was not admitted. She died a few weeks later.

July 20, 1969: Man Lands On The Moon!
Today marks the 40th anniversary of the landing of Apollo 11 on the moon, and the historic first moon walk. 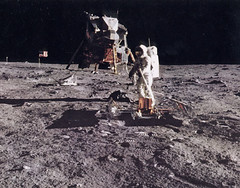