Except as I don't read German, I have no idea what they are advertising. A museum display?

Except as I don't read German, I have no idea what they are advertising. A museum display?[/quote]

ER ING isn't that some type of insurance?...But loved the add.

What painting were they copying?
Top

It's Dutch not German. I can read German and since German and Dutch have similarities, I can figure out some Dutch. It was an ad for the complete reopening of the Rikjsmuseum where The Night Watch by Rembrandt, the painting that was recreated, is exhibited. I did go to that museum in July, 2009 and a lot of it was closed, but The Night Watch was still on exhibit. It's a huge painting and the pride of the collection.

OK, I just clicked on the "show more" under Published on Apr 1, 2013 and there is an English translation!
Last edited by Susan on Fri April 5th, 2013, 1:21 am, edited 1 time in total.
~Susan~
~Unofficial Royalty~
Royal news updated daily, information and discussion about royalty past and present
http://www.unofficialroyalty.com/
Top

The Night Watch by Rembrandt
http://en.wikipedia.org/wiki/The_Night_Watch 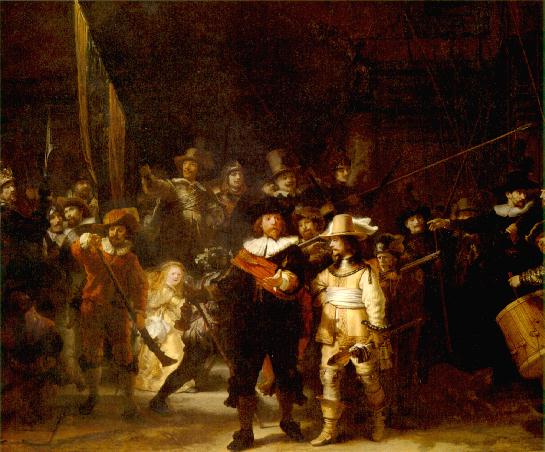