I've had tea breaks in a cemetery several times during walks with my group; we're always very respectful and careful though. As Divia says, they're lovely peaceful places.
Currently reading: "The Strings of Murder" by Oscar de Muriel
Top

[quote=""LadyB""]There's a Victorian-era cemetery in the centre of Aberdeen that's full of people having lunch every day. When I go I prefer to sit on a bench than one of the gravestones though.[/quote]
I dont think sitting on a gravestone is proper. So that would annoy me a little if I saw it.

[quote=""boswellbaxter""]My husband and I had one of our first dates in a cemetery! We always check out the cemeteries when we travel.[/quote]

Excellent! I love it. I drag my fiancee to them and we take photos, I think its growing on him, or he humors me!
News, views, and reviews on books and graphic novels for young adult.
http://yabookmarks.blogspot.com/
Top

From carefree young woman to disillusioned bride, the dazzling lady who would become mother and grandmother to two of history's most infamous queens, has a fascinating story all her own. . .
At sixteen, Elizabeth Howard envisions a glorious life for herself as lady-in-waiting to the future queen, Catherine of Aragon. But when she is forced to marry Thomas Boleyn, a wealthy commoner, Elizabeth is left to stagnate in the countryside while her detested husband pursues his ambitions. There, she raises golden girl Mary, moody George, and ugly duckling Annewhile staving off boredom with a string of admirers. Until Henry VIII takes the throne. . .

When Thomas finally brings his highborn wife to London, Elizabeth indulges in lavish diversions and dalliancesand catches the lusty king's eye. But those who enjoy Henry's fickle favor must also guard against his wrath. For while her husband's machinations bring Elizabeth and her children to the pinnacle of power, the distance to the scaffold is but a short oneand the Boleyn family's fortune may be turning. . . 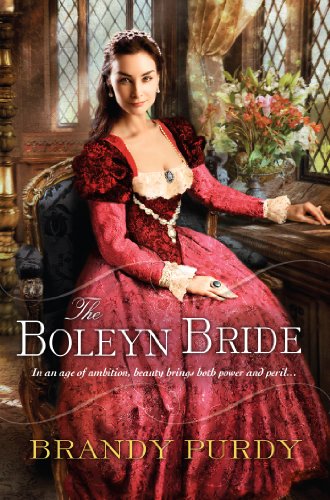 With taut prose and a swift plot, this literary crime novel set in 1800s Pennsylvania captures the unlikely friendship between a spirited young boy and a gruff ex-ranger on a shared quest for vengeance.

Twelve-year-old Thomas Walker has never left New York City. His father, a traveling salesman hoping to earn money by selling Samuel Colts recent invention, the Improved Revolving Gun, takes young Thomas with him on the road. But even the worlds first true revolver cannot save them from danger, and what starts as an adventure soon turns into a nightmare.

When his father is murdered, Thomas must rely on his own wits, courage, and determination, as well as a wooden replica of the Colt revolver, to protect himself. Luckily, an encounter with a surly ex-ranger, Henry Stands, leads to an improbable partnership, and the two set out in perilous pursuit of vengeancethat is, if they can escape the thieves who lurk around each trail, river, and road.

In the spirit of The Sisters Brothers and True Grit, this spare, elegant, and emotionally resonant story conveys, through a boys eyes, the pain of losing a father as well as the fascinating history of how the birth of the revolver changed the course of violence in America. Road to Reckoning offers a window into the history of the American West and the heart of a boy yearning for love. 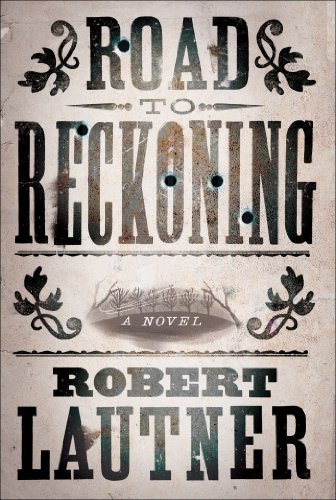 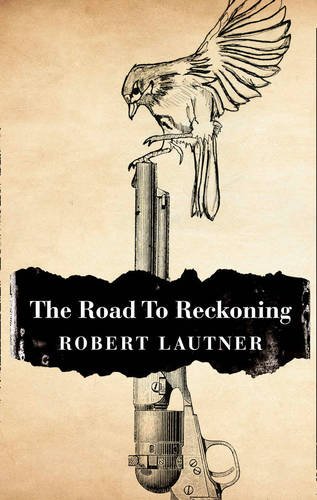 The Secret Life of William Shakespeare by Jude Morgan
April 1, 2014

There are so few established facts about how the son of a glove maker from Warwickshire became one of the greatest writers of all time that some people doubt he could really have written so many astonishing plays. We know that he married Anne Hathaway, who was pregnant and six years older than he, at the age of eighteen, and that one of their children died of the plague. We know that he left Stratford to seek his fortune in London, and eventually succeeded. He was clearly an unwilling craftsman, ambitious actor, resentful son, almost good-enough husband. But when and how did he also become a genius?

The Secret Life of William Shakespeare pulls back the curtain to imagine what it might have really been like to be Shakespeare before a seemingly ordinary man became a legend. In the hands of acclaimed historical novelist Jude Morgan, this is a brilliantly convincing story of unforgettable richness, warmth, and immediacy. 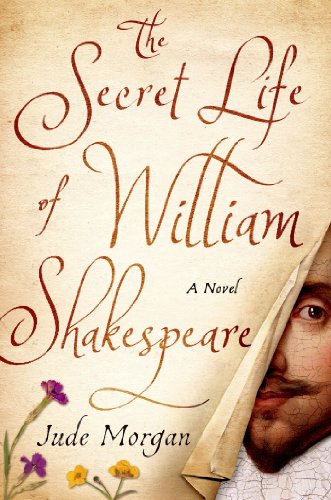 Looks like the third in the Witch's Daughter series:

When the sixth Duke of Radnor dies, his hapless son, Freddie, takes on his title, but it is his daughter, Lilith, who inherits his role as Head Witch of the Lazarus Coven. Raised as a witch, instructed in the art of necromancy, Lilith faces a daunting future, for the coven is threatened by a powerful group of sorcerers, the Sentinels. Nicholas Stricklend, a powerful force in the British government, is the Sentinel charged with wresting the Elixir from Lilith, and he cares not who he must crush in order to succeed. As a society beauty, engaged to another titled witch, and with a grieving mother and an unstable brother to look after, Lilith struggles to maintain her two very different existences. When she meets and falls in love with the talented artist Bram Cardale, she can no longer keep her life as a witch hidden, and she must choose between her loyalty to the coven, her duty to her family, and her love for Bram, or risk destroying everything she holds dear. 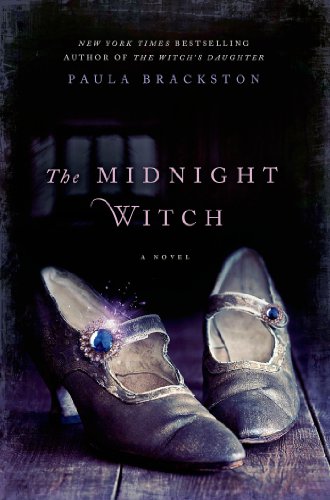 The UK cover looks like it's targeting the Downton Abbey audience.

From the #1 international bestselling author of The Orchid Housean epic saga of two remarkable women and two love stories spanning the years from 1920s India to modern-day England.

For American actress Rebecca Bradley, it is the role of a lifetime: She will star as a 1920s debutante in a film shot entirely on location at a magnificent English country house. The remote setting and high walls of Astbury Hall will provide a much needed refuge from the media glare that surrounds her every move. When Lord Anthony Astbury sees Rebecca in costume, he is stunned by her uncanny resemblance to his grandmother Violet, a famous 1920s society beauty. And when Rebecca discovers a manuscript written by a young Indian woman who visited Astbury Hall in the 1920s, she learns of a love affair so passionate and forbidden it nearly destroyed the Astbury familya secret Lord Astbury himself does not know. As Rebecca is increasingly cut off from the modern world, Violets presence starts to make itself felt in unsettling ways.

In the gilded years before World War I, Anahita is a bright and curious Indian girl who never thought she would come to England. But as the companion to a royal princess, she is given rare access to a world of privilege and is sent to an English boarding school. When she meets young Lord Donald Astbury, they share a special bond that is only made stronger by their harrowing wartime experiences. Pressured by his family to marry Violet, an American heiress, Lord Astbury must say good-bye to a love that will haunt him for the rest of his lifeand inspire a romance for the ages.

As Rebecca tries to understand her connection to a tragic love affair sixty years in the past, the story of Donald, Anahita, and Violet unspools to its own shocking conclusion. For Rebecca to find a way back to the life she was meant to lead, she will have to put to rest the ghosts of Lord Anthonys ancestors or risk repeating their downfall herself. 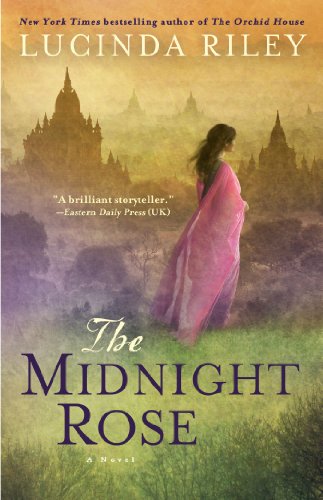 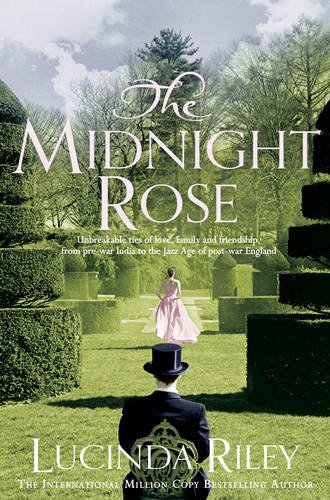 Set in seventeenth-century Holland, an engrossing historical novel that brilliantly imagines the complex story behind one of Rembrandt's most famous paintings

Commissioned by a prominent Amsterdam medical guild, The Anatomical Lesson of Dr. Nicolaes Tulp was one of Rembrandt's first paintings to gain public notice. The novel opens on the morning of the medical dissection, and, as they prepare for that evening's big event, it follows several characters: a one-handed coat thief called Aris the Kid, who is awaiting his turn at the gallows; the twenty-six-year-old Dutch master himself, who feels a shade uneasy about this assignment; Jan Fetchet, a curio collector who also moonlights as an acquirer of medical cadavers; Flora, the woman pregnant with Aris's child, who hopes to collect her lover's body for a Christian burial before it's too late; René Descartes, who attended the dissection in the course of his quest to understand where the human soul resides; and Pia, a contemporary art historian who is examining the painting in the future. As the story builds to its dramatic and inevitable conclusion, the events that transpire throughout the day sway Rembrandt to change his initial composition in a fundamental way. Bringing to life the vivid world of Amsterdam in 1632, The Anatomy Lesson offers a rich slice of history and a textured story by a masterful young writer. 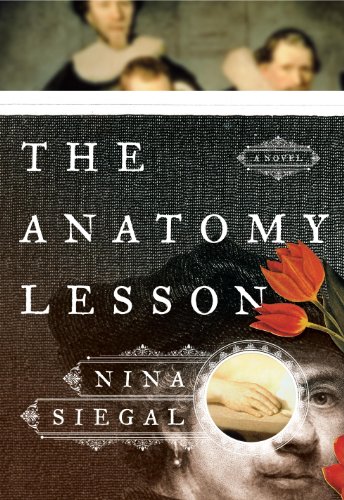 Nancy Turner burst onto the literary scene with her hugely popular novels These Is My Words, Sarahs Quilt, and The Star Garden. Now, Turner has written the novel she was born to write, this exciting and heartfelt story of a woman struggling to find herself during the tumultuous years preceding the American Revolution.

The year is 1729, and Resolute Talbot and her siblings are captured by pirates, taken from their family in Jamaica, and brought to the New World. Resolute and her sister are sold into slavery in New England and taught the trade of spinning and weaving. When Resolute finds herself alone in Lexington, Massachusetts, she struggles to find her way in a society that is quick to judge a young woman without a family. As the seeds of rebellion against England grow, Resolute is torn between following the rules and breaking free. Resolutes talent at the loom places her at the center of an incredible web of secrecy that helped drive the American Revolution. Heart-wrenching, brilliantly written, and packed to the brim with adventure, My Name is Resolute is destined to be an instant classic. 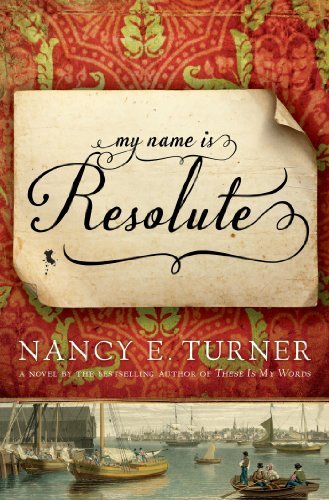 Somewhere in France: A Novel of the Great War by Jennifer Robson
January 7, 2014

Lady Elizabeth Neville-Ashford wants to travel the world, pursue a career, and marry for love. But in 1914, the stifling restrictions of aristocratic British society and her mother's rigid expectations forbid Lily from following her heart. When war breaks out, the spirited young woman seizes her chance for independence. Defying her parents, she moves to London and eventually becomes an ambulance driver in the newly formed Women's Army Auxiliary Corps--an exciting and treacherous job that takes her close to the Western Front.

Assigned to a field hospital in France, Lily is reunited with Robert Fraser, her dear brother Edward's best friend. The handsome Scottish surgeon has always encouraged Lily's dreams. She doesn't care that Robbie grew up in poverty--she yearns for their friendly affection to become something more. Lily is the most beautiful--and forbidden--woman Robbie has ever known. Fearful for her life, he's determined to keep her safe, even if it means breaking her heart.

In a world divided by class, filled with uncertainty and death, can their hope for love survive. . .
or will it become another casualty of this tragic war? 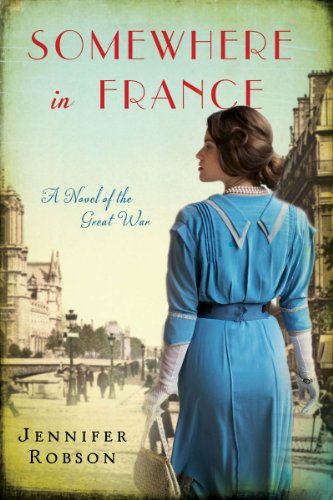