Mythica Thanks for posting all this American HF. Love it!!! My TBR pile grows!
News, views, and reviews on books and graphic novels for young adult.
http://yabookmarks.blogspot.com/
Top

[quote=""Divia""]Mythica Thanks for posting all this American HF. Love it!!! My TBR pile grows![/quote]

The Harem Midwife: A Novel by Roberta Rich
February 25, 2014

An opulent, riveting, and suspenseful continuation of the thrilling historical novel The Midwife of Venice set in medieval Constantinople.
The Imperial Harem, Constantinople, 1579.

Hannah and Isaac Levi, Venetians in exile, have begun a new life in Constantinople. Isaac runs a newly established business in the growing silk trade, while Hannah, the best midwife in the city, plies her trade within the opulent palace of Sultan Murat III, tending to the thousand women in his lively and infamous harem.

But one night, when Hannah is unexpectedly summoned to the palace, shes confronted with Zofia, a poor Jewish peasant girl who has been abducted and sold into the sultans harem. The sultan favors her as his next conquest and wants her to produce his heir, but the girl just wants to return home to the only life she has ever known. Will Hannah risk her life and livelihood to protect this young girl, or will she prioritize her high esteem in the eye of the sultan?

Filled with adventure, lavish detail, and peopled with unforgettable characters, The Harem Midwife showcases Roberta Rich as a beloved and talented writer. 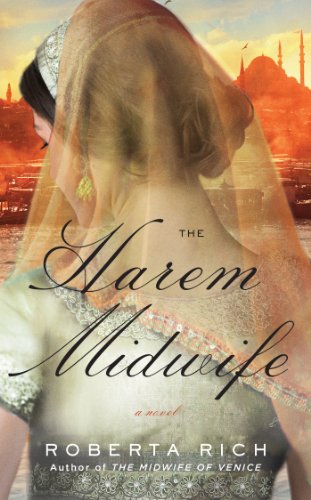 I Always Loved You: A Novel by Robin Oliveira
February 4, 2014

The young Mary Cassatt never thought moving to Paris after the Civil War to be an artist was going to be easy, but when, after a decade of work, her submission to the Paris Salon is rejected, Marys fierce determination wavers. Her father is begging her to return to Philadelphia to find a husband before it is too late, her sister Lydia is falling mysteriously ill, and worse, Mary is beginning to doubt herself. Then one evening a friend introduces her to Edgar Degas and her life changes forever. Years later she will learn that he had begged for the introduction, but in that moment their meeting seems a miracle. So begins the defining period of her life and the most tempestuous of relationships.

In I Always Loved You, Robin Oliveira brilliantly re-creates the irresistible world of Belle Époque Paris, writing with grace and uncommon insight into the passion and foibles of the human heart. 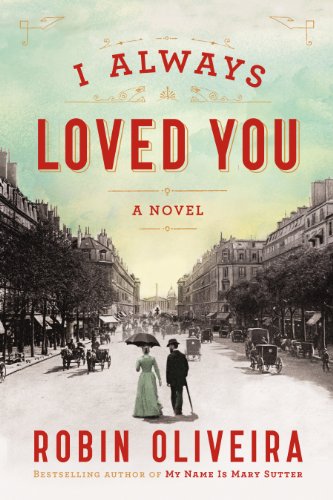 The Shadow Queen: A Novel by Sandra Gulland
April 8, 2014

From the author of the beloved Josephine B. series, comes a spellbinding historical novel about a young woman who rises to become the confidante to the most powerful, provocative, and dangerous woman in the 17th-century French Court: the mistress of the charismatic Sun King.

1660, Paris: As the daughter of itinerant actors who once lit up the Parisian stages, Claudette always thought her future lay in the theater. But a series of chance encounters pull Claudette into the alluring orbit of the most beautiful woman in all of France: Athénaïs de Montespan, the mistress to Louis XIV and reigning "Shadow Queen." Impetuous by nature, Athénaïs wields a disconcerting amount of power-a fact that has ruffled many of the Sun King's key advisors.

Needing someone to act as her eyes and ears, Athénaïs hires Claudette as a personal attendant. The young stagehand leaves the world of theater only to find that Court is very much like a stage, with outward shows of loyalty masking more devious intentions. This parallel is not lost on Athénaïs, who fears political enemies are plotting her ruin while young courtesans angle to take the coveted spot in the king's bed. Indeed, Claudette's supposedly respectable new position is marked by spying, rumormongering, illicit trysts, and titanic power struggles.

As Athénaïs begins to lose her grip on the Sun King, her plots and fascination with the magical arts take a dark turn that makes Claudette question her allegiance to this mercurial figure-and puts the young maid's very life in jeopardy. Set against the gilded opulence of a newly constructed Versailles and the blood-stained fields of the Franco-Dutch War, The Shadow Queen is a seductive, gripping novel about lust, power, loyalty and the increasingly uneasy relationship between two strong-willed women whose actions have the ability to shape the future of France. 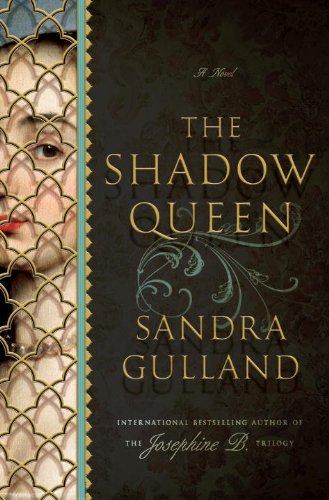 In Cate Campbell's sumptuously detailed, page-turning series set in 1920s Seattle, the once-secure lifestyle of the wealthy Benedict family--and their household staff--must contend with the radical, roaring Jazz Age. . .
For generations, the Benedicts have been one of Seattle's most distinguished families, residing in the splendid Queen Anne mansion known as Benedict Hall amid a host of loyal servants. But the dawn of the 1920s and the aftermath of the Great War have brought dramatic social conflict. Never has this been more apparent than when daughter Margot's thoroughly modern young cousin, Allison, comes to stay.

But Margot is also shocking many of Seattle's genteel citizens, and her engineer beau, by advocating birth control in her medical practice. For amid a tangle of blackmail, manipulation, and old enmities, the Benedicts stand to lose more than money--they may forfeit the very position and reputation that is their only tether to a rapidly changing world. 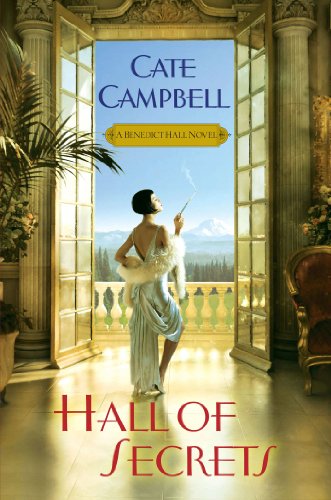 That's a lovely cover on Hall of Secrets.
Top

Yes it is, but that back yard with the extensive forest is a need bit large for Capitol Hill. I guess urban sprawl wouldn't look as pretty

[quote=""Misfit""]Yes it is, but that back yard with the extensive forest is a need bit large for Capitol Hill. I guess urban sprawl wouldn't look as pretty

Oh wow, yeah they've tarted that up a bit then. Still pretty though

[quote=""LadyB""]Oh wow, yeah they've tarted that up a bit then. Still pretty though

Yep. I'll have to read this one, just hope the heroine isn't too modern minded.

ETA: I'd have to do some checking, but I think most of the hoity toity set were in The Highlands by then, and much more forested and no urban sprawl. You have to know someone to get in the gate. The wiki page for Highlands gives a list of notable former residents. I see John McCaw there, he's an old pal of the boss.
Last edited by Misfit on Tue September 10th, 2013, 4:52 pm, edited 1 time in total.
At home with a good book and the cat...
...is the only place I want to be
Top
Post Reply
244 posts