[quote=""Divia""]I hate that website. I refuse to go on it. I find the writers on here much more down to earth and eager to help. Over there we have a ton of egomaniacs.[/quote]

From the little I have read there, it can be quite a snake pit.
At home with a good book and the cat...
...is the only place I want to be
Top

Elegant, secretive Sabina may be Empress of Rome, but she still stands poised on a knifes edge. She must keep the peace between two deadly enemies: her husband Hadrian, Romes brilliant and sinister Emperor; and battered warrior Vix, who is her first love. But Sabina is guardian of a deadly secret: Vixs beautiful son Antinous has become the Emperors latest obsession.

Empress and Emperor, father and son will spin in a deadly dance of passion, betrayal, conspiracy, and war. As tragedy sends Hadrian spiraling into madness, Vix and Sabina form a last desperate pact to save the Empire. But ultimately, the fate of Rome lies with an untried girl, a spirited redhead who may just be the next Lady of the Eternal City . . . 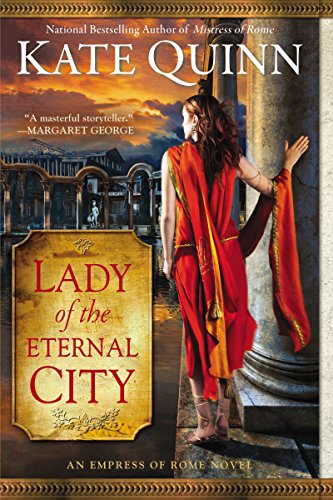 Pompeii was a lively resort flourishing in the shadow of Mount Vesuvius at the height of the Roman Empire. When Vesuvius erupted in an explosion of flame and ash, the entire town would be destroyed. Some of its citizens died in the chaos, some escaped the mountain's wrath . . . and these are their stories:

A boy loses his innocence in Pompeii's flourishing streets.

An heiress dreads her wedding day, not knowing it will be swallowed by fire.

An ex-legionary stakes his entire future on a gladiator bout destined never to be finished.

A crippled senator welcomes death, until a tomboy on horseback comes to his rescue.

A young mother faces an impossible choice for her unborn child as the ash falls.

A priestess and a whore seek resurrection and redemption as the town is buried.

Six authors bring to life overlapping stories of patricians and slaves, warriors and politicians, villains and heroes who cross each others' path during Pompeii's fiery end. But who will escape, and who will be buried for eternity? 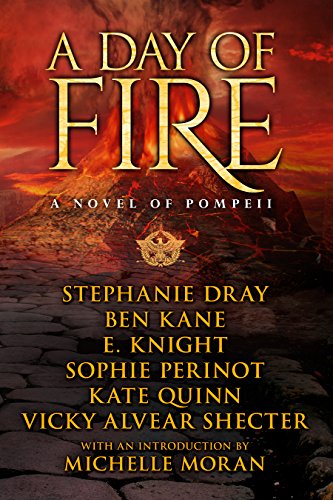 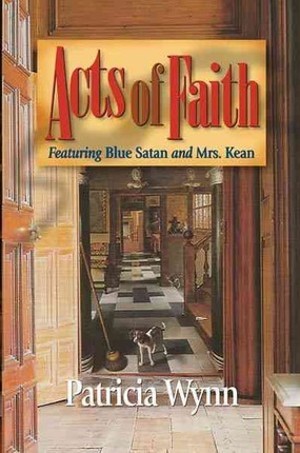 In the summer of 1716, as King George celebrates victory over the Jacobite rebels, waiting-woman Hester Kean is sent into Yorkshire to ready her cousin Mary for life at Court. Nursing a broken heart, Hester is grateful for the change of scenery, but her peace is soon disrupted by the religious conflicts still stirring tensions in Great Britain. She befriends a fellow passenger on the stage, a neighbor of her cousins, who turns out to be a Roman Catholic, coming home after receiving an illegal education in France. When they arrive to learn that his father has been murdered, Hester efforts to help are stymied by the secrecy under which Catholics are forced to live. To solve the murder, she must delve into the practices Catholics used to shield themselves from the laws and the neighbors who would do them harm. Returned after smuggling an escaped Jacobite prisoner into France, Gideon Fitzsimmons, the outlawed Viscount St. Mars, aka the highwayman Blue Satan, tracks Hester to Yorkshire and presents himself at her cousins' house in the guise of a gentleman searching for an estate to purchase. His real object is to mend his relationship with Hester and win her. His appearance conquers Hester's worst doubts. Her only question is, does he want her for his mistress or his wife? Before this question can be answered, the murderer makes Gideon his scapegoat, and he must be cleared of suspicion so they can plan their future together.

This is a great series **preorders