The Victorian gossipmongers called them The Petticoat Men. But to young widow Mattie Stacey, they are Freddie and Ernest, her gentlemen lodgers. It is Mattie who admires their sparkling gowns, makes their extravagant hats and laughs at their stories of attending society balls dressed up as the glamorous 'Fanny' and 'Stella'.

But one fateful night Fanny and Stella are arrested, and Mattie and her family are dragged into a shocking court trial, described in newspapers all over England as 'The Scandal of the Century'.

Outraged, Mattie is determined to save her family from ruin, and her friends from shame and penury. She embarks on a brave journey to expose the establishment's hypocrisy - including the involvement of Mr Gladstone the Prime Minister, and the Prince of Wales. For Fanny and Stella are dangerous ladies, and these are dangerous times... 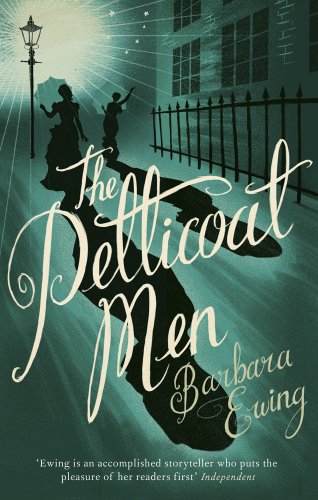 An epic story comes to a thrilling climax as Robert the Bruce nears the fulfilment of his destiny.

Robert has achieved his great ambition to be crowned King of Scotland, but in so doing has provoked the wrath of Edward of England. Raising the feared dragon banner, the English king marches north, determined to recapture the kingdom.

But the English are not Robert's only enemies. By murdering his great rival, John Comyn, he has split the kingdom apart and with his forces depleted and many of his own countrymen turned against him, Robert is forced to flee into the wilderness. He has a crown, but no country, the will to lead, but no real authority.

The road before him is all but impossible, with treachery and heartbreak at every turn, but Robert must try slowly, surely, to regain the military advantage and the respect of a nation.

Fighting from hidden strongholds and the Western Isles, with the support of a few brave men and the alluring noblewoman, Christiana, Robert drives towards the place where he will meet Edward II and decide the future of Scotland, in an epic confrontation near the village of Bannockburn. 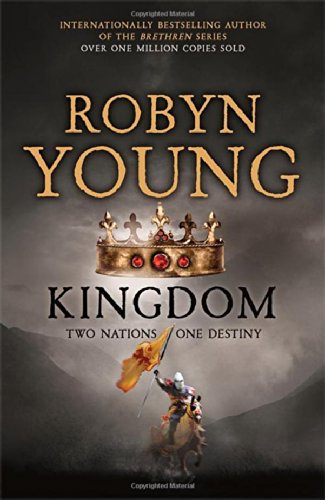 The Battle of Crecy, the start of the Hundred Years' Wars. The beginning of a new series for Michael Jecks

The year is 1346 and King Edward III is restless. Despite earlier victories his army has still not achieved a major breakthrough and the French crown remains intact. Determined to bring France under English rule and the French army to its knees he has regrouped and planned a new route of attack.
And on the beaches of Normandy his men now mass, ready to march through France to victory. But the French are nowhere to be seen. Edward knows that the worst thing he could do would be to take the battle to the French, where they will have the advantage and so he sets up camp near a small hill at Crecy and waits.
The Battle of Crecy will be a decisive turning point in the Hundred Years' Wars. This is the story of that battle and the men who won it. 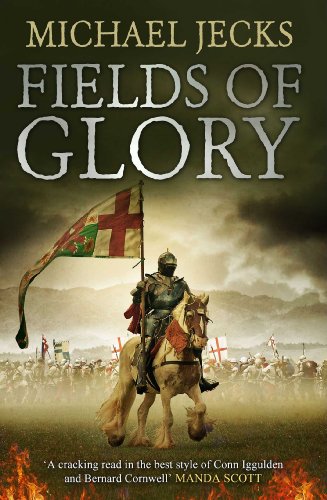 1072 - The great battle has been lost. King William stands victorious. And for the betrayed and abandoned English rebels, the price of their crushing defeat is cruel: exile.

Cut adrift from family, friends, home, their hopes of survival lie with one man, their leader Hereward. But can even that now-legendary hero navigate a safe course across a world torn by war? Their ultimate destination is the jewelled heart of the Christian emperor in the East, the New Rome - Byzantium. Here the English hope to find gold and glory by joining those pledged to protect the emperor, the elite and savage Varangian Guard. But this once-mighty empire is slipping into shadow. Beyond the vast walls, the endless Turkish hordes plan for an attack that could come at any moment. And within the sprawling city, rival factions threaten bloody mayhem as they scheme to seize the crown.

Here begins a new chapter in the stirring tale of England's forgotten hero. But now the enemies are hidden, their methods bloodier, the battlefield and weapons unfamiliar and to stay alive in this cauldron of plot, betrayal and murder, Hereward and the English must fight as never before. 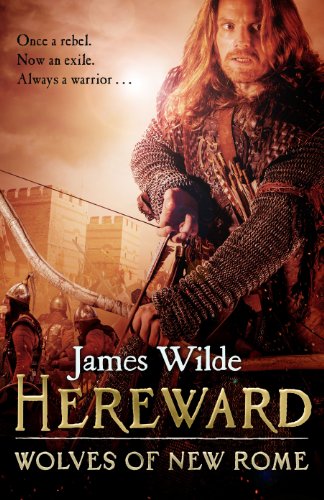 In 1914, Britain faces a new kind of war. For Edward and Beatrice Hunter, their children, servants and neighbours, life will never be the same again. For David, the eldest, war means a chance to do something noble; but enlisting will break his mother's heart. His sister Diana, nineteen and beautiful, longs for marriage. She has her heart set on Charles Wroughton, son of Earl Wroughton, but Charles will never be allowed to marry a banker's daughter. Below stairs, Cook and Ada, the head housemaid, grow more terrified of German invasion with every newspaper atrocity story. Ethel, under housemaid, can't help herself when it comes to men and now soldiers add to the temptation; yet there's more to this flighty girl than meets the eye. The once-tranquil village of Northcote reels under an influx of khaki volunteers, wounded soldiers and Belgian refugees. The war is becoming more dangerous and everyone must find a way to adapt to this rapidly changing world. Goodbye, Piccadilly is the first book in the War at Home series by Cynthia Harrod-Eagles, author of the much-loved Morland Dynasty novels. Set against the real events of 1914, Goodbye, Piccadilly is extraordinary in scope and imagination and is a compelling introduction to the Hunter family. 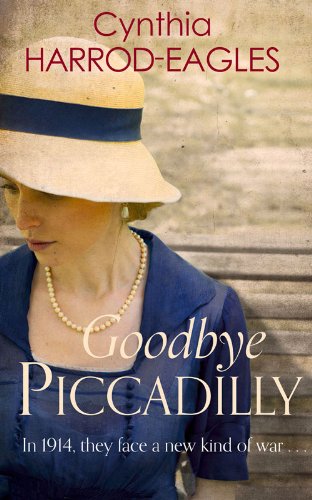 Are these Hereward books available in the US? I want to read them.
Into battle we ride with Gods by our side
We are strong and not afraid to die
We have an urge to kill and our lust for blood has to be fulfilled
WE´LL FIGHT TILL THE END! And send our enemies straight to Hell!
- "Into Battle"
{Ensiferum}

[quote=""Nefret""]Are these Hereward books available in the US? I want to read them.[/quote]

The first two are, but they are under different titles. The first one is The Time of the Wolf and the second one is The Winter Warrior.
Historical Readings & Reviews | Genealogical Musings
Top

[quote=""Divia""]Me too, but I dont see that happening anytime soon. I'm wondering what her next one will be. I think India isinteresting cause it has a lot of untapped stories. But there were only three Egypt novels, correct?[/quote]

Yes, there were three Egypt novels. One about Nefertiti, one about Nefertari, and one about Cleopatra Selene.
Into battle we ride with Gods by our side
We are strong and not afraid to die
We have an urge to kill and our lust for blood has to be fulfilled
WE´LL FIGHT TILL THE END! And send our enemies straight to Hell!
- "Into Battle"
{Ensiferum}

I didn't stand a chance: looking back over thirteen years, that's what I see. In the very first instant, I was won over, and of course I was: I was fifteen and had been nowhere and done nothing, whereas Katherine was twenty-one and yellow-silk-clad and just married to the golden boy...

Jane Seymour is a shy, dutiful fifteen-year-old when her eldest brother, Edward, brings his bride home to Wolf Hall. Katherine Filliol is the perfect match for Edward, as well as being a breath of fresh air for the Seymour family, and Jane is captivated by the older girl. Over the course of a long, hot country summer, the two become close friends and allies, while Edward is busy building alliances at court and advancing his career.

However, only two years later, the family is torn apart by a dreadful allegation made by Edward against his wife. The repercussions for all the Seymours are incalculable, not least for Katherine herself. When Jane is sent away, to serve Katharine of Aragon, she is forced to witness another wife being put aside, with terrible consequences. Changed forever by what happened to Katherine Filliol, Jane comes to understand that in a world where power is held entirely by men, there is a way in which she can still hold true to herself. 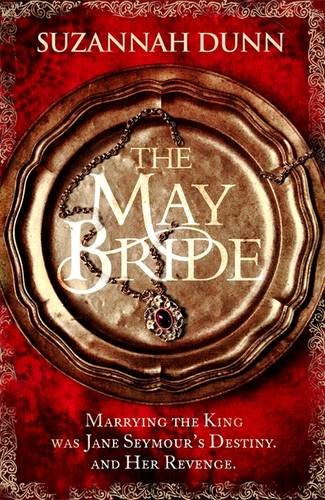 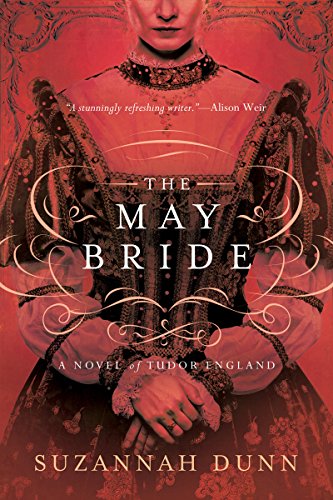