A captivating and atmospheric historical novel about a young girl in Nazi Germany, a psychoanalyst in fin-de-siècle Vienna, and the powerful mystery that links them together.

Gretel and the Dark explores good and evil, hope and despair, showing how the primal thrills and horrors of the stories we learn as children can illuminate the darkest moments in history, in two rich, intertwining narratives that come together to form one exhilarating, page-turning read. In 1899 Vienna, celebrated psychoanalyst Josef Breuer is about to encounter his strangest case yet: a mysterious, beautiful woman who claims to have no name, no feelings—to be, in fact, a machine. Intrigued, he tries to fathom the roots of her disturbance.

Years later, in Nazi-controlled Germany, Krysta plays alone while her papa works in the menacingly strange infirmary next door. Young, innocent, and fiercely stubborn, she retreats into a world of fairy tales, unable to see the danger closing in around her. When everything changes and the real world becomes as frightening as any of her stories, Krysta finds that her imagination holds powers beyond what she could ever have guessed.

Rich, compelling, and propulsively building to a dizzying final twist, Gretel and the Dark is a testament to the lifesaving power of the imagination and a mesmerizingly original story of redemption. 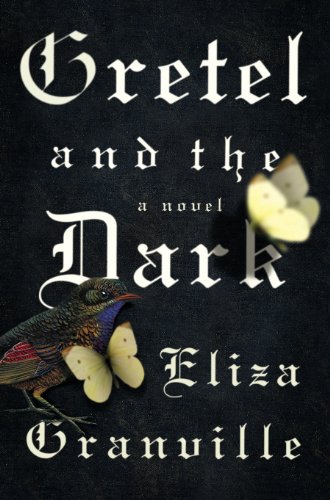 Dorothy Richardson is existing just above the poverty line, doing secretarial work at a dentist's office and living in a seedy boarding house in Bloomsbury, when she is invited to spend the weekend with a childhood friend. Jane has recently married a writer who is hovering on the brink of fame. His name is H.G. Wells, or Bertie, as they call him.

Bertie appears unremarkable at first. But then Dorothy notices his grey-blue eyes taking her in, openly signalling approval. He tells her he and Jane have an agreement which allows them the freedom to take lovers, although Dorothy can tell her friend would not be happy with that arrangement.

Not wanting to betray Jane, yet unable to draw back, Dorothy free-falls into an affair with Bertie. Then a new boarder arrives at the housebeautiful Veronica Leslie-Jonesand Dorothy finds herself caught between Veronica and Bertie. Amidst the personal dramas and wreckage of a militant suffragette march, Dorothy finds her voice as a writer.

The Lodger is a beautifully intimate novel that is at once an introduction to one of the most important writers of the 20th century and a compelling story of one woman tormented by unconventional desires. 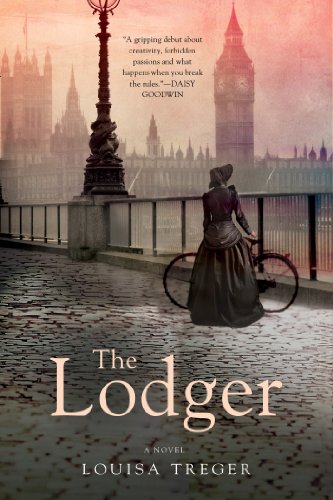 Bestselling author David Liss continues his masterly run of atmospheric (The Washington Post), page-turning (Baltimore Sun), tremendously smart (Newsweek) historical thrillers with The Day of Atonement. Its 1755. After ten years in exile, Sebastian Foxx has returned to Lisbon, a city ruled by terror and treachery. And he has just one thought on his mind: vengeance. 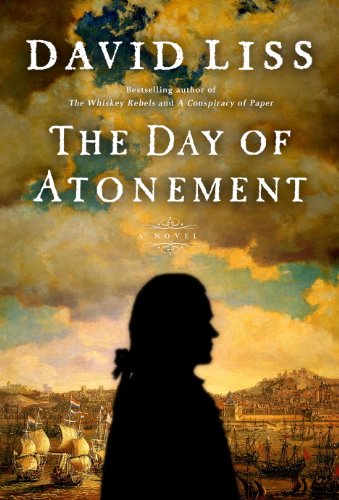 An enthralling new telling of Shakespeares Romeo and Juliettold from the perspective of Juliets nurse.

In Verona, a city ravaged by plague and political rivalries, a mother mourning the death of her day-old infant enters the household of the powerful Cappelletti family to become the wet-nurse to their newborn baby. As she serves her beloved Juliet over the next fourteen years, the nurse learns the Cappellettis darkest secrets. Those secretsand the nurses deep personal grieferupt across five momentous days of love and loss that destroy a daughter, and a family.

By turns sensual, tragic, and comic, Juliets Nurse gives voice to one of literatures most memorable and distinctive characters, a woman who was both insider and outsider among Veronas wealthy ruling class. Exploring the romance and intrigue of interwoven loyalties, rivalries, jealousies, and losses only hinted at in Shakespeares play, this is a never-before-heard tale of the deepest love in Veronathe love between a grieving woman and the precious child of her heart.

In the tradition of Sarah Dunant, Philippa Gregory, and Geraldine Brooks, Juliets Nurse is a rich prequel that reimagines the worlds most cherished tale of love and loss, suffering and survival. 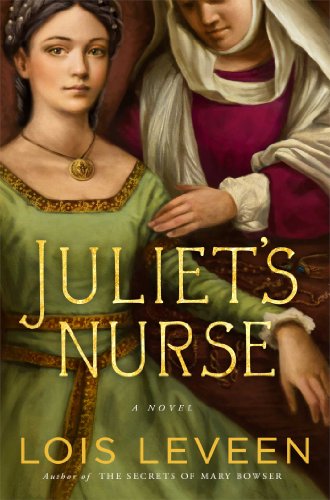 From the widely praised author of Secret Son and Hope and Other Dangerous Pursuitsa stunning piece of historical fiction: the imagined memoirs of the New Worlds first explorer of African descent, a Moroccan slave known as Estebanico.

In 1527, Pánfilo de Narváez sailed from Spain with a crew of six hundred men, intending to claim for the Spanish crown what is now the Gulf Coast of the United States. But from the moment the expedition reached Florida, it met with ceaseless bad luckstorms, disease, starvation, hostile nativesand within a year there were only four survivors, including the young explorer Andrés Dorantes and his slave, Estebanico. After six years of enslavement by Native Americans, the four men escaped and wandered through what is now Florida, Texas, New Mexico, and Arizona. The Moors Account brilliantly captures Estebanicos voice and vision, giving us an alternate narrative for this famed expedition. As this dramatic chronicle unfolds, we come to understand that, contrary to popular belief, black men played a significant part in New World exploration, and that Native American men and women were not merely silent witnesses to it. In Laila Lalamis deft hands, Estebanicos memoir illuminates the ways in which stories can transmigrate into history, even as storytelling can offer a chance at redemption and survival. 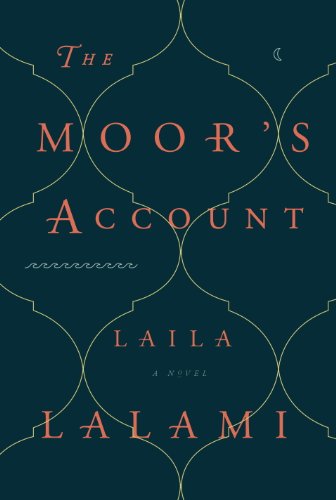 From a remarkable new talent in Irish fiction comes a terrifyingly intimate story of a war marriage caught up in the calamity of World War II, a much anticipated debut which has garnered prepublication praise from Colm Toibin, Hugo Hamilton, A.D. Miller, and Chris Cleave.

In a desperate bid to escape the trenches of the Eastern front, Peter Faber, an ordinary German soldier, marries Katharina Spinell, a woman he has never met, in a marriage of convenience that promises honeymoon leave for him and a pension for her should he die in the war. With ten days leave secured, Peter visits his new wife in Berlin and both are surprised by the passion that develops between them.

When Peter returns to the horror of the front, it is only the dream of Katharina that sustains him as he approaches Stalingrad. Back in Berlin, Katharina, goaded on by her desperate and delusional parents, ruthlessly works her way into Nazi high society, wedding herself, her young husband, and her unborn child to the regime. But when the tide of war turns and Berlin falls, Peter and Katharina find their simple dream of family cast in tragic light and increasingly hard to hold on to.

Reminiscent of Bernard Schlinks The Reader, this is an unforgettable novel of marriage, ambition, and the brutality of war, which heralds the arrival of a breathtaking new voice in international fiction. 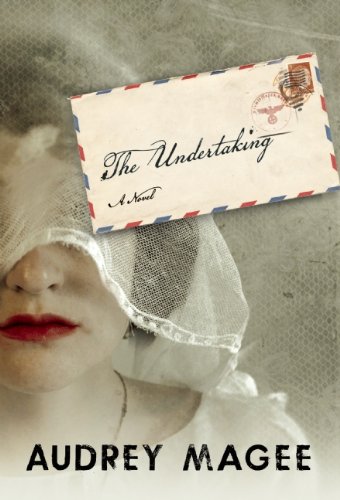 Letitia holds nothing more dear than the papers that prove she is no longer a slave. They may not cause white folks to treat her like a human being, but at least they show she is free. She trusts in those words she cannot read--as she is beginning to trust in Davey Carson, an Irish immigrant cattleman who wants her to come west with him.

Nancy Hawkins is loathe to leave her settled life for the treacherous journey by wagon train, but she is so deeply in love with her husband that she knows she will follow him anywhere--even when the trek exacts a terrible cost.

Betsy is a Kalapuya Indian, the last remnant of a once proud tribe in the Willamette Valley in Oregon territory. She spends her time trying to impart the wisdom and ways of her people to her grandson. But she will soon have another person to care for.

As season turns to season, suspicion turns to friendship, and fear turns to courage, three spirited women will discover what it means to be truly free in a land that makes promises it cannot fulfill. This multilayered story from bestselling author Jane Kirkpatrick will grip readers' hearts and minds as they travel with Letitia on the dusty and dangerous Oregon trail into the boundless American West. 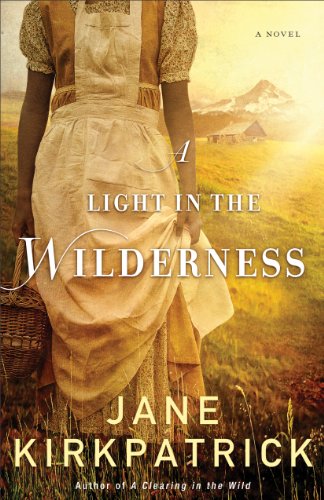 In September 1863 Jacob Grimm travels through rural western Germany with his devoted niece, Auguste-- who longs to learn, at last, the truth about her family-- and Kummel, their new and enigmatic manservant. As relations between the three reach the boiling point, Jacob's traumas and heartbreaks here in his original homeland are revealed in vivid flashbacks. Now, old, Jacob resists Auguste's attempts to make him take stock of his life, but memories that are repressed have a tendency to reappear in other places and in other guises.

Throughout Jacob's travels, he is reminded of the folk tales he and his brother Wilhelm collected in their Tales for the Young and Old. Although the brothers were renowned language scholars and passionate supporters of German unification, they were haunted throughout their lives by the Tales. Most notable is the feverish fairy tale of Sleeping Beauty, which holds a shattered mirror to a life, a country, and a history. The Sleeping Beauty recounted here is neither the Disney version nor even the Grimms' version, but an enchanting tale that goes beyond the marriage of the prince and princess to reveal the surprising truth behind the evil spell.

In his compelling historical novel, Haydn Middleton re-creates the life story of literature's most famous brothers. It is a history that could almost be a fairy tale itself, with its fabulous changes of fortune, tests of duty and honor, arrogant princes, lost loves, and twisted family relationships-- all unfolding in a world of dark forests and even darker politics. 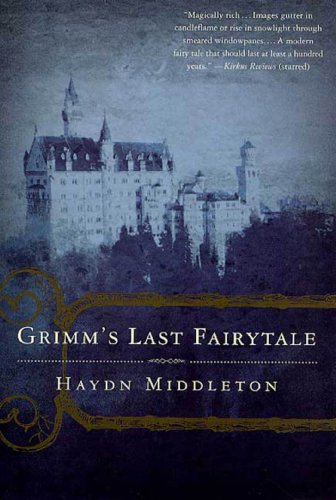 Two remarkable women cunningly work the strings of succession during the Wars of the Roses . . .

Margaret of Anjou is young, beautiful, French and wildly unpopular when she marries England's ill-fated Henry VI. After the English are banished from France and her husband goes mad, civil war erupts, pitting family against family and endangering the land. With Henry incapacitated and plotters everywhere, Margaret becomes a warrior queen, fighting for her husband's right to be king and her son's position as his rightful heir.

Meanwhile heiress Margaret Beaufort is born into a troubled inheritance. Fiercely sought after by courtiers who want to be her guardian, or to make an alliance with her by marriage, she is a pawn in a political game. By the age of thirteen she has married twice and given birth to her only son, who will be the future king of England. But then he is taken from her...and her fight really begins. 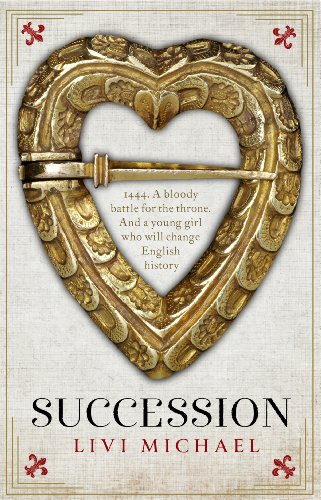 A sparkling, witty and compelling novel based on the tragic rise and fall of the beautiful seventeenth century swordswoman and opera singer, Julie d'Aubigny (also known as La Maupin), a woman whose story is too remarkable to be true - and yet it is. Versailles, 1686: Julie d'Aubigny, a striking young girl taught to fence and fight in the court of the Sun King, is taken as mistress by the King's Master of Horse. Tempestuous, swashbuckling and volatile, within two years she has run away with her fencing master, fallen in love with a nun and is hiding from the authorities, sentenced to be burnt at the stake. Within another year, she has become a beloved star at the famed Paris Opéra. Her lovers include some of Europe's most powerful men and France's most beautiful women. Yet Julie is destined to die alone in a convent at the age of 33. Based on an extraordinary true story, this is an original, dazzling and witty novel - a compelling portrait of an unforgettable woman. For all those readers who love Sarah Dunant, Sarah Waters and Hilary Mantel. 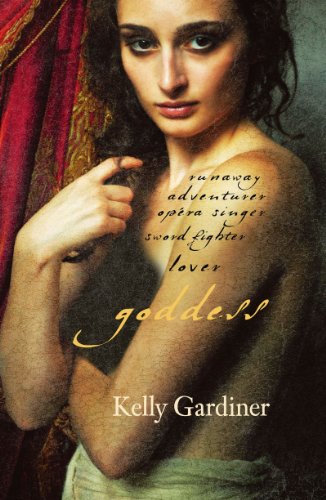