[quote=""annis""]What on earth were they thinking with that woman on the cover of Defending the City of God? Looks like a time-traveller from an evening out in the 1960s got dropped into the middle of medieval Jerusalem![/quote]

LOL, I know, even the Photoshop work isn't very good. It's from Macmillan though, you'd think they could afford better.
Historical Readings & Reviews | Genealogical Musings
Top

Oh man that person was just whacked up cra cra!

Btw, I don't normally check the UK releases since I buy from the US Kindle store and unlike with print books, I can't order/import UK releases so there's no point in me even looking until they're available in the US. Also, I only find stuff when it becomes available to pre-order on Kindle (or if it gets posted to NetGalley). So there may be loads of stuff I'm missing, anyone else feel free to fill in what I've missed. I noticed Tanzanite hasn't been posting, I hope I didn't step on any toes by posting so many upcoming releases, I know that was kind of her role...

Like I say, I don't search for UK releases but I saw these on NetGalley:

But when King Gorm puts Jarl Harald's family to the sword, he makes one terrible mistake - he fails to kill Harald's youngest son, Sigurd.

On the run, unsure who to trust and hunted by powerful men, Sigurd wonders if the gods have forsaken him: his kin are slain or prisoners, his village attacked, its people taken as slaves. Honour is lost.

And yet he has a small band of loyal men at his side and with them he plans his revenge. All know that Ódin - whose name means frenzy - is drawn to chaos and bloodshed, just as a raven is to slaughter. In the hope of catching the All-Father's eye, the young Viking endures a ritual ordeal and is shown a vision. Wolf, bear, serpent and eagle come to him. Sigurd will need their help if he is to make a king pay in blood for his treachery.

Using cunning and war-craft, he gathers together a band of warriors - including Olaf, his father's right hand man, Bram who men call Bear, Black Floki who wields death with a blade, and the shield maiden Valgerd, who fears no man - and convinces them to follow him.

For, whether Ódin is with him or not, Sigurd will have his vengeance. And neither men nor gods had best stand in his way . . . 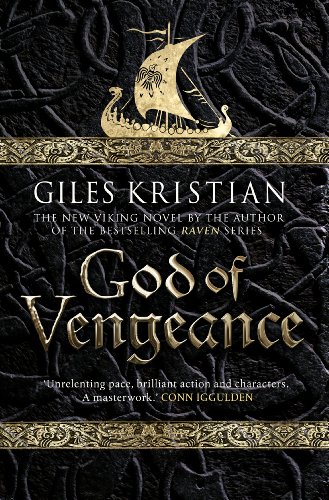 1066. Stamford Bridge. Two armies. One kingdom. Only one will win the greatest prize - the jewel of England.

With the death of Edward the Confessor, the crown of England is hanging in the balance. And in the north Harald Hadrada, the Norwegian Viking leader, is determined to take his chance of capturing the country.

But Harold will not let that happen without a fight. Charismatic and the leader of a mighty army, he is determined to make Hadrada the last Viking in England.

And so the bloodiest battle yet fought on English soil is about to begin. At stake is sovereignty, freedom and honour. 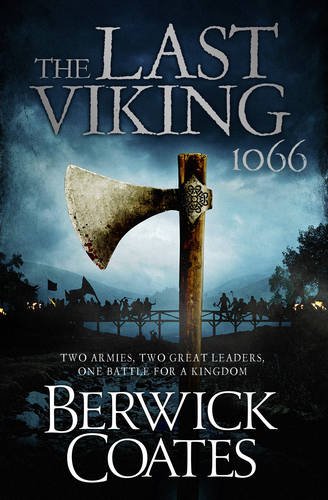 I'm reading and enjoying God of Vengeance at the moment. It's a page turner - bloodthirsty and battle-heavy as I expected it to be but that's not a complaint just a statement. It's vivid, pacy and well written.
Disclaimer. I don't endorse novels unless I have bought and read them myself. However, Giles lives not far from me and we sometimes talk on Twitter and other forums. He offered me an ARC as a genuine gift, no strings attached. It so happened I was ready to read this sort of book for a change of scene, so here I am, reading it. If you don't like blood and guts this probably isn't for you, but if you like adventure with swords and something that feels gritty, realistic and in which you can immerse yourself and feel authentic, then this will do the business. I've read about a quarter of it so far.
Les proz e les vassals
Souvent entre piez de chevals
Kar ja li coard nI chasront

I was about to hit request on God of Vengeance at NetGalley but then saw it was for UK only. The publishing industry really needs to catch up to the internet. I have a book review blog that can be read by anyone in any country, I post my reviews my Goodreads, which is used by people in any country. I get that they don't have distribution rights in my country but in this day and age, that just seems so silly, especially when it doesn't seem to matter when it comes to print books!
Historical Readings & Reviews | Genealogical Musings
Top

The Tudor Vendetta (The Elizabeth I Spymaster Chronicles) by C. W. Gortner
Oct 21, 2014

November, 1558: Elizabeth I has ascended the throne but the first days of her reign are already fraught with turmoil, the kingdom weakened by past strife and her ability to rule uncertain.

When Brendan Prescott, her intimate spy, returns to court at the new queen's behest, he soon finds himself thrust into a deadly gambit against his old foe, Robert Dudley. But Elizabeth has an even more dangerous assignation in store for him when her favoured lady-in-waiting, Lady Parry, vanishes in Yorkshire.

Sent from court to a crumbling manor that may hold the key to Lady Parry's disappearance, Brendan becomes the quarry of an elusive stranger with a vendetta- one that could expose both Brendan's own secret past and a long-hidden mystery that will bring about Elizabeth's doom. 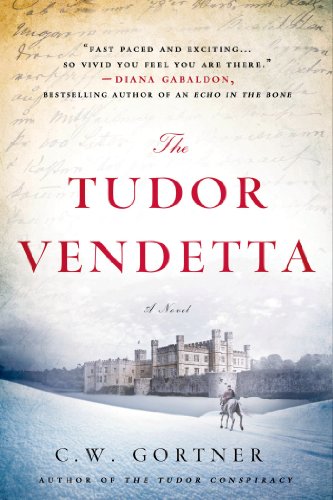 She calls herself Ash, but that's not her real name. She is a farmer's faithful wife, but she has left her husband to don the uniform of a Union soldier in the Civil War. NEVERHOME tells the harrowing story of Ash Thompson during the battle for the South. Through bloodshed and hysteria and heartbreak, she becomes a hero, a folk legend, a madwoman and a traitor to the American cause.

Laird Hunt's dazzling new novel throws a light on the adventurous women who chose to fight instead of stay behind. It is also a mystery story: why did Ash leave and her husband stay? Why can she not return? What will she have to go through to make it back home?

In gorgeous prose, Hunt's rebellious young heroine fights her way through history, and back home to her husband, and finally into our hearts. 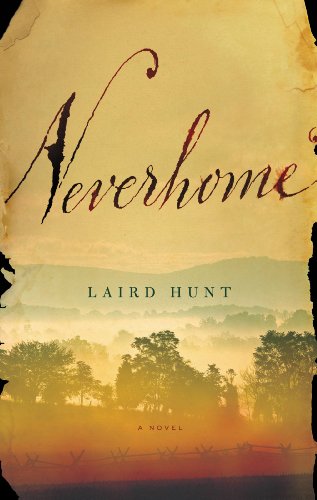 Mythica, it's to do with rights and different publishers. For e.g. I am published by LittleBrown in the UK, but by Sourcebooks in the US. Neither has the right to publish my books in a country other than their own unless they have agreed territorial rights. Sourcebooks were slow off the mark in offering for my latest The Summer Queen, so they are now a year behind. The US version comes out July 1st, a year after the hardcover was published and Kindled in the UK, and a fortnight after the UK paperback. However, being as they offered for all 3 titles in the trilogy when they did get around to it, there should (hopefully) be less of a disconnect with the 2nd book in the trilogy.
This sort of thing does happen all the time. Authors frequently have different publishers worldwide, all with their own agendas and schedules.
Of course if you're self-pubbed then you don't have the same problem, but that's a whole nother story!
Les proz e les vassals
Souvent entre piez de chevals
Kar ja li coard nI chasront

In Augustus, the third of his great novels, John Williams took on an entirely new challenge, a historical novel set in classical Rome, exploring the life of the founder of the Roman Empire, whose greatness was matched by his brutality. To tell the story, Williams also turned to a genre, the epistolary novel, that was new to him, transforming and transcending it just as he did the western in Butcher's Crossing and the campus novel in Stoner. Augustus is the final triumph of a writer who has come to be recognized around the world as an American master. 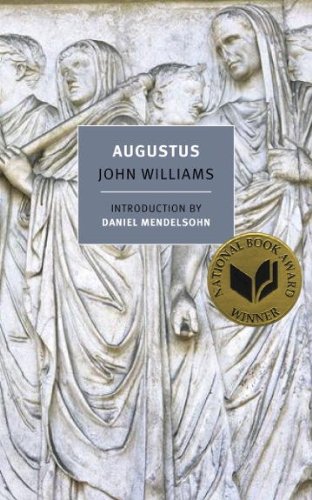