They were the Princess Dianas of their dayperhaps the most photographed and talked about young royals of the early twentieth century. The four captivating Russian Grand DuchessesOlga, Tatiana, Maria and Anastasia Romanovwere much admired for their happy dispositions, their looks, the clothes they wore and their privileged lifestyle.

Over the years, the story of the four Romanov sisters and their tragic end in a basement at Ekaterinburg in 1918 has clouded our view of them, leading to a mass of sentimental and idealized hagiography. With this treasure trove of diaries and letters from the grand duchesses to their friends and family, we learn that they were intelligent, sensitive and perceptive witnesses to the dark turmoil within their immediate family and the ominous approach of the Russian Revolution, the nightmare that would sweep their world away, and them along with it.

The Romanov Sisters sets out to capture the joy as well as the insecurities and poignancy of those young lives against the backdrop of the dying days of late Imperial Russia, World War I and the Russian Revolution. Helen Rappaport aims to present a new and challenging take on the story, drawing extensively on previously unseen or unpublished letters, diaries and archival sources, as well as private collections. It is a book that will surprise people, even aficionados. 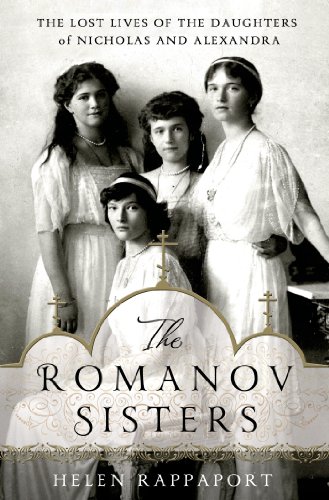 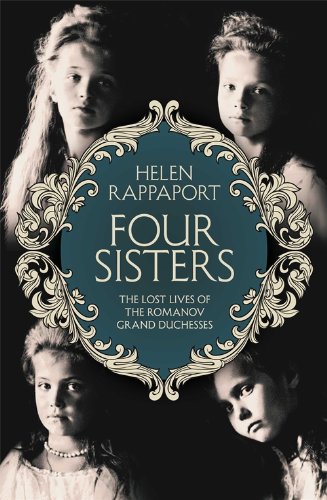 Defending the City of God: A Medieval Queen, the First Crusades, and the Quest for Peace in Jerusalem by Sharan Newman

Jerusalem sits at the crossroads of three continents and has been continuously invaded for millennia. Yet, in the middle of one of the regions most violent eras, the Crusades, an amazing multicultural world was forming. Templar knights, Muslim peasants, Turkish caliphs, Jewish merchants, and the native Christians, along with the children of the first crusaders, blended cultures while struggling to survive in a land constantly at war. Defending the City of God explores this fascinating and forgotten world, and how a group of sisters, daughters of the King of Jerusalem, whose supporters included Grand Masters of the Templars and Armenian clerics, held together the fragile treaties, understandings, and marriages that allowed for relative peace among the many different factions. As the crusaders fought to maintain their conquests, these relationships quickly unraveled, and the religious and cultural diversity was lost as hardline factions took over. Weaving together the political intrigues and dynastic battles that transformed the Near East with an evocative portrait of medieval Jerusalem, this is an astonishing look at a forgotten side of the first Crusades. 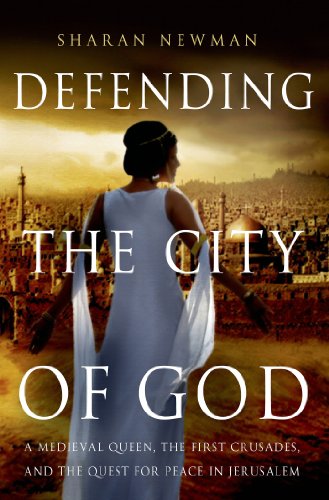 And some American non-fiction:

Karen Abbott, the New York Times bestselling author of Sin in the Second City and pioneer of sizzle history (USA Today), tells the spellbinding true story of four women who risked everything to become spies during the Civil War.

Karen Abbott illuminates one of the most fascinating yet little known aspects of the Civil War: the stories of four courageous womena socialite, a farmgirl, an abolitionist, and a widowwho were spies.

After shooting a Union soldier in her front hall with a pocket pistol, Belle Boyd became a courier and spy for the Confederate army, using her charms to seduce men on both sides. Emma Edmonds cut off her hair and assumed the identity of a man to enlist as a Union private, witnessing the bloodiest battles of the Civil War. The beautiful widow, Rose ONeale Greenhow, engaged in affairs with powerful Northern politicians to gather intelligence for the Confederacy, and used her young daughter to send information to Southern generals. Elizabeth Van Lew, a wealthy Richmond abolitionist, hid behind her proper Southern manners as she orchestrated a far-reaching espionage ring, right under the noses of suspicious rebel detectives.

Using a wealth of primary source material and interviews with the spies descendants, Abbott seamlessly weaves the adventures of these four heroines throughout the tumultuous years of the war. With a cast of real-life characters including Walt Whitman, Nathaniel Hawthorne, General Stonewall Jackson, detective Allan Pinkerton, Abraham and Mary Todd Lincoln, and Emperor Napoleon III, Liar, Temptress, Soldier, Spy draws you into the war as these daring women lived it.

A vivid account of the origins of the transcontinental railroad -- available for the first time in trade paperback -- by the author of the bestselling The Admirals: "Borneman is masterly at writing seamless narrative." -- Douglas Brinkley, author of The Wilderness Warrior

After the completion of the first transcontinental railroad in 1869, the rest of the United States was up for grabs, and the race was on. The prize: a better, shorter, less snowy route through the American Southwest, linking Los Angeles to Chicago. In IRON HORSES, Borneman recounts the rivalries, contested routes, political posturing, and business dealings that unfolded as an increasing number of lines pushed their way across the country.

Borneman brings to life the legendary robber barons behind it all and also captures the herculean efforts required to construct these roads -- the laborers who did the back-breaking work, the brakemen who ran atop moving cars, the tracklayers crushed and killed by runaway trains. From backroom deals in Washington, DC, to armed robberies of trains in the wild deserts, from cattle cars to streamliners and Super Chiefs, all the great incidents and innovations of a mighty American era are made vivid in IRON HORSES.
Historical Readings & Reviews | Genealogical Musings
Top

Timed to coincide with the 150th anniversary of the Civil War and a fitting sequel to Houses of the Presidents, HOUSES OF CIVIL WAR AMERICA takes readers into the daily lives of the most important historical figures in the nation-defining conflict. From modest abolitionist homes to the plantations of the antebellum south. Howard and Straus bring the most intimate moments of the war to life. With insightful narrative and gorgeous photography, HOUSES OF CIVIL WAR AMERICA demonstrates--through these landmark homes--the nation we were and the nation we became.
Historical Readings & Reviews | Genealogical Musings
Top

I've read Helen Azar's translation of Olga's diary not long ago--it was quite a read. So I'll be on the lookout for Romanov Sisters come time.

Jennifer Chiaverini's novel The Spymistress (about Elizabeth Van Lew) is coming out in paperback later this month.
Top

What on earth were they thinking with that woman on the cover of Defending the City of God? Looks like a time-traveller from an evening out in the 1960s got dropped into the middle of medieval Jerusalem!
Top

[quote=""annis""]What on earth were they thinking with that woman on the cover of Defending the City of God? Looks like a time-traveller from an evening out in the 1960s got dropped into the middle of medieval Jerusalem![/quote]

Yeah, I was thinking the dress looked out of place too.
Into battle we ride with Gods by our side
We are strong and not afraid to die
We have an urge to kill and our lust for blood has to be fulfilled
WE´LL FIGHT TILL THE END! And send our enemies straight to Hell!
- "Into Battle"
{Ensiferum}

[quote=""Nefret""]Yeah, I was thinking the dress looked out of place too.[/quote]

Yes, she looks like she's about to give a concert

Set in seventeenth century Amsterdama city ruled by glittering wealth and oppressive religiona masterful debut steeped in atmosphere and shimmering with mystery, in the tradition of Emma Donoghue, Sarah Waters, and Sarah Dunant.

There is nothing hidden that will not be revealed . . .

On a brisk autumn day in 1686, eighteen-year-old Nella Oortman arrives in Amsterdam to begin a new life as the wife of illustrious merchant trader Johannes Brandt. But her new home, while splendorous, is not welcoming. Johannes is kind yet distant, always locked in his study or at his warehouse officeleaving Nella alone with his sister, the sharp-tongued and forbidding Marin.

But Nellas world changes when Johannes presents her with an extraordinary wedding gift: a cabinet-sized replica of their home. To furnish her gift, Nella engages the services of a miniaturistan elusive and enigmatic artist whose tiny creations mirror their real-life counterparts in eerie and unexpected ways . . .

Johannes gift helps Nella to pierce the closed world of the Brandt household. But as she uncovers its unusual secrets, she begins to understandand fearthe escalating dangers that await them all. In this repressively pious society where gold is worshipped second only to God, to be different is a threat to the moral fabric of society, and not even a man as rich as Johannes is safe. Only one person seems to see the fate that awaits them. Is the miniaturist the key to their salvation . . . or the architect of their destruction?

Enchanting, beautiful, and exquisitely suspenseful, The Miniaturist is a magnificent story of love and obsession, betrayal and retribution, appearance and truth. 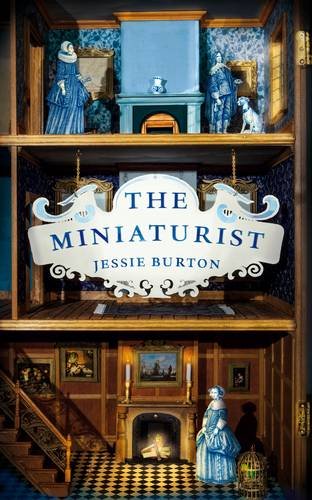 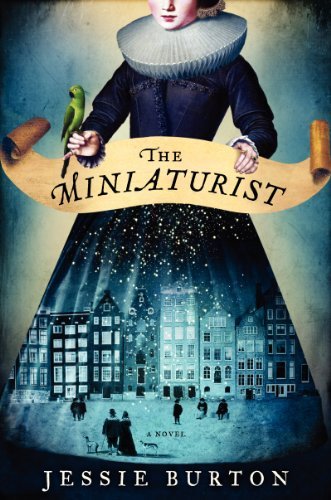