And here is the first book I found info on for 2014 (was originally scheduled for 2013 but I finally found out what this one is about):

It's 12 Century England and the civil war between Queen Matilda and KIng Stephen is raging. But life in the fens carries on as usual. Until the mercenaries ride through. And a small red-haired girl named Em is snatched and carried off. After the soldiers have finished with her they leave her for dead. But fenland girls are not easy to kill. Although she has lost all memory of her past life including her name, Em survives and teams up with Gwyl a Breton archer who has almost completely lost faith in humanity. Together Gwyl and his new protege--now crop-headed and disguised as a boy--travel through the countryside giving archery exhibitions. But there is one man who hasn't forgotten the little red-haired girl. He has some unfinished business with her and he is determined to finish it. And one freezing winter in a castle completely besieged, he might well get his chance...

Winter Siege is a stand-alone historical novel started by the late Diana Norman under her pseudonym Ariana Franklin. It has been completed by her daughter Samantha Norman.
http://www.shelfandstuff.blogspot.com
http://www.tanzanitesbookcovers.blogspot.com
Mind the Gap
Top

Rose sails from Martinique to Paris to trade her plantation ways and Creole black magic culture for love and adventure. But her haughty Parisian husband dashes her hopes when he abandons her amid the tumult of the French Revolution. Through her savoir faire, Rose secures her footing in high society, reveling in handsome men and glitzy ballsuntil the heads of her friends begin to roll.

After narrowly escaping death in the blood-drenched cells of Les Carmes prison, she reinvents herself as Josephine, a socialite of status and power. Yet her youth is fading, and Josephine must choose between a precarious independence and the unwelcome love of an awkward suitor. Little does she know, he would become the most powerful man of his century- Napoleon Bonaparte.
http://www.shelfandstuff.blogspot.com
http://www.tanzanitesbookcovers.blogspot.com
Mind the Gap
Top

Queen Lakshmi is a beauty and a warrior, having grown up with all the opulence of the East at her delicate fingertips. Nineteen-year-old Sita is the shining star of Lakshmi's imperial guard, having pledged her life to the protection of the young ruler. Set in the sensuous world of nineteenth-century India, Empress of India is the story of an unlikely friendship between these two women, as together they face broken hearts, court intrigue and the destruction of a kingdom they'd both give anything to save.
http://www.shelfandstuff.blogspot.com
http://www.tanzanitesbookcovers.blogspot.com
Mind the Gap
Top

The Woman Who Would Be King by Kara Cooney. Non-fiction. US release February 4, 2014.

A biography of the longest-reigning female pharaoh in Ancient Egypt with particular emphasis on the way she carved a path of power in a man's world.

In 2007, the mummy of Hatshepsut was at last found. The puzzle of the removal of her body from its tomb in the Valley of the Kings bedeviled scholars of Ancient Egypt, who had long speculated about the reasons for the defacement of her monuments and the near-erasure of her history as the second female pharaoh of Egypt (the third would be Cleopatra, the last pharaoh of Ancient Egypt) more than 3,000 years ago. Kara Cooney, a PhD in Near Eastern studies and noted expert on Ancient Egypt, brings vividly to life the world of the Eighteenth Dynasty of the Egyptian Empire, and the woman at its center. For example:

How as a twenty-year-old king she methodically consolidated power and catapulted to the highest office in the land.

How her failure to produce a male heir was the twist of fate that would pave the way for her inconceivable and serendipitous rise in fortune.

How as a ten-year-old girl she was appointed the God's Wife of Amen, serving as a priestess of the greatest importance, responsible for sexually exciting the god himself.

How she shared the throne with her co-King, her nephew and stepson Thutmose III, who, when she ascended the throne, was a mere toddler. For most of her tenure as king, Thutmose III was only a child. But during the last five or six years of her reign, when he had reached his majority, the arrangement became a real partnership.
http://www.shelfandstuff.blogspot.com
http://www.tanzanitesbookcovers.blogspot.com
Mind the Gap
Top

Looking forward to this one. Although the plot is different I can see quite a few elements common to Morning Gift
Top

I'd always been a huge fan of Diana Norman but then I read her Ariana Franklin novel about the death of Rosamund de Clifford - The Serpent's Tale and I still need the mental floss when I think about that one. The defrosting corpse moment has to be one of the weirdest, silliest, defaming of the dead scenes I have ever read in a historical novel. I haven't been able to read her since, which is a shame. Long ago I enjoyed such novels as The Morning Gift and the Vizard Mask.
Les proz e les vassals
Souvent entre piez de chevals
Kar ja li coard nI chasront

A fascinating retelling of the story of Americas first female soldier, Deborah Sampson Gannett, who ran away from home in 1782, successfully disguised herself as a man, and fought valiantly in the Revolutionary War.
At a time when rigid societal norms seemed absolute, Deborah Sampson risked everything and defied all odds in search of something better. Revolutionary, Alex Myerss richly imagined and carefully researched debut novel, tells the story of a fierce-tempered young woman turned celebrated solider and the remarkable courage, hope, fear, and heartbreak that shaped her odyssey as the new nation was being born.

After spending years as an indentured servant in a sleepy Massachusetts town, Deborah chafes against the oppression of colonial society and cannot always hide her discontent. When a sudden crisis forces her hand, Deborah decides to escape the only way she can, rejecting her place in the community in favor of the perilous unknown. Cutting her hair, binding her chest, and donning mens clothes stolen from a neighbor, Deborah sheds her name and her home, beginning her identity-shaking transformation into the imaginary Robert Shurtliffa desperate and dangerous masquerade that grows more serious when Robert joins the Continental Army.

What follows is a journey through Americas War of Independence like no otheran unlikely march through cold winters and lethal battlefields, the nightmare of combat and the cruelty of betrayal, the elation of true love and the tragedy of heartbreak. In his brilliant Revolutionary, Myers takes advantage of Deborah/Roberts unique voice to help appreciate the fight for freedom as never before. 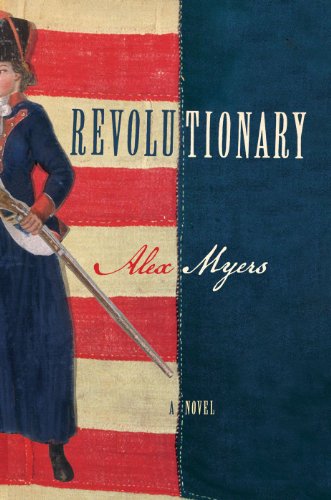 In the early 1600s, Elizabeth Báthory, the infamous Blood Countess, ruled Čachtice Castle in the hinterlands of Slovakia. During bizarre nightly rites, she tortured and killed the young women she had taken on as servants. A devil, a demon, the terror of Royal Hungary—she bathed in their blood to preserve her own youth.
400 years later, echoes of the Countess’s legendary brutality reach Aspen, Colorado. Betsy Path, a psychoanalyst of uncommon intuition, has a breakthrough with sullen teenager Daisy Hart. Together, they are haunted by the past, as they struggle to understand its imprint upon the present. Betsy and her troubled but perceptive patient learn the truth: the curse of the House of Bathory lives still and has the power to do evil even now.

The story, brimming with palace intrigue, memorable characters intimately realized, and a wealth of evocative detail, travels back and forth between the familiar, modern world and a seventeenth-century Eastern Europe brought startlingly to life.

Inspired by the actual crimes of Elizabeth Báthory, The House of Bathory is another thrilling historical fiction from Linda Lafferty (The Bloodletter’s Daughter and The Drowning Guard). The novel carries readers along with suspense and the sweep of historical events both repellent and fascinating. 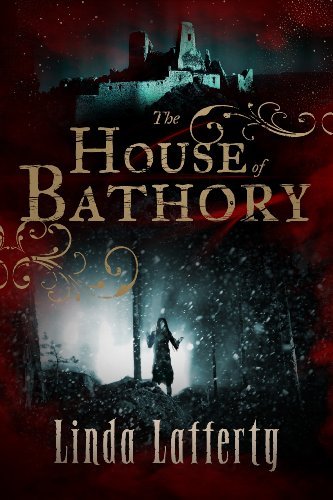 The sequel to The Serpent and the Pearl...

From the national bestselling author of The Serpent and the Pearl comes the continuing saga of the ruthless family that holds all of Rome in its grasp, and the three outsiders thrust into their twisted web of blood and deceit . . .

As the cherished concubine of the Borgia Pope Alexander VI, Giulia Farnese has Rome at her feet. But after narrowly escaping a sinister captor, she realizes that the danger she faces is far from overand now, it threatens from within. The Holy City of Rome is still under Alexanders thrall, but enemies of the Borgias are starting to circle. In need of trusted allies, Giulia turns to her sharp-tongued bodyguard, Leonello, and her fiery cook and confidante, Carmelina.

Caught in the deadly world of the Renaissances most notorious family, Giulia, Leonello, and Carmelina must decide if they will flee the dangerous dream of power. But as the shadows of murder and corruption rise through the Vatican, they must learn who to trust when every face wears a mask . . . 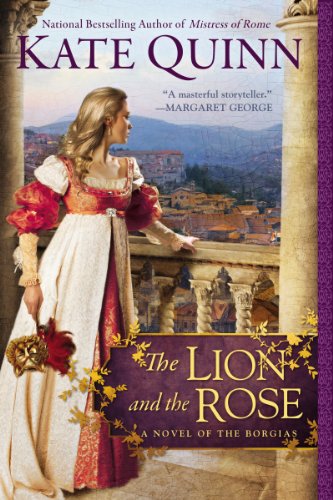 No description yet but it sounds pretty self explanatory - it's also categorized as "coming of age" so might be Young Adult. 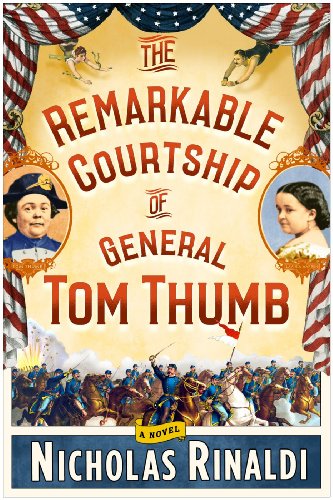