Song of the Nile Release!

Song of the Nile Release!

My ongoing historical fantasy about Cleopatra's daughter continues with the second book in the trilogy, though each of the novels will stand alone, so you're not missing anything if you skip ahead! 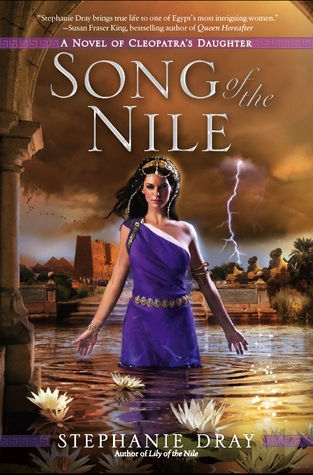 Sorceress. Seductress. Schemer. Cleopatra's daughter is the emperor's most unlikely apprentice and the one woman with the power to destroy his empire...

Having survived her perilous childhood as a royal captive of Rome, Selene pledged her loyalty to Augustus and swore she would become his very own Cleopatra. Now the young queen faces an uncertain destiny in a foreign land.

The magic of Isis flowing through her veins is what makes her indispensable to the emperor. Against a backdrop of imperial politics and religious persecution, Cleopatra's daughter beguiles her way to the very precipice of power. She has never forgotten her birthright, but will the price of her mother's throne be more than she's willing to pay?

Congrats on the new release and a very lovely cover.
At home with a good book and the cat...
...is the only place I want to be
Top

My mom is looking forward to this book.
News, views, and reviews on books and graphic novels for young adult.
http://yabookmarks.blogspot.com/
Top

What a fabulous cover! Congratulations Stephanie

My mom is looking forward to this book.[/quote]