The Secret History: A Novel of Theodora by Stephanie Thornton. UK release July 2, 2013.

(From the author's website): A theater-tart turned Constantinople's premier courtesan must decide what's more important: pleasing the emperor who claims to love her or keeping the son he can never know about.
http://www.shelfandstuff.blogspot.com
http://www.tanzanitesbookcovers.blogspot.com
Mind the Gap
Top

Where did I see this book on the forum--The Ashford Affair?

Is it about the Happy Valley set in 1920's Kenya? Wasn't there a murder scandal there about that time?


No entertainment is so cheap as reading, nor any pleasure so lasting. She will not want new fashions nor regret the loss of expensive diversions or variety of company if she can be amused with an author in her closet. ~Lady Montagu
Top

Where did I see this book on the forum--The Ashford Affair? Is it about the Happy Valley set in 1920's Kenya? Wasn't there a murder scandal there about that time?

Yes, there have been several books and articles about the events of the Happy Valley murder case in Kenya in 1941, when Sir Henry "Jock" Delves Broughton was tried for the murder of Josslyn Hay, Earl of Erroll. There was also a movie called White Mischief. The movie was based on a book of the same name written by journalist James Fox.
Top

[quote=""EC2""]Helen Hollick's Forever Queen told Emma's story fairly recently. It will be interesting to see a different take.[/quote]
Pat is a very good writer, and Shadow promises to be an excellent read. (Disclaimer--former writing group member. But that's also how I know the lady can write. Plus all those years teaching English to twitchy high-school students means Pat never takes her reader's attention or interest for granted!)

[quote=""Berengaria""]Where did I see this book on the forum--The Ashford Affair?

Is it about the Happy Valley set in 1920's Kenya? Wasn't there a murder scandal there about that time?[/quote]

I don't think it's been mentioned yet (no other results when I did a search for it, anyway). It doesn't have a description yet (either from Amazon or the publisher) but: 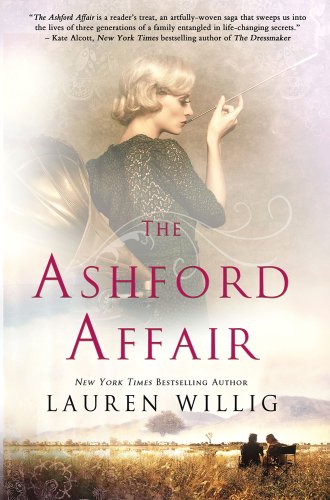 The Death of a Dowager (The Jane Eyre Chronicles) by Joanna Campbell Slan
April 2, 2013

In her classic tale, Charlotte Brontë introduced readers to the strong willed and intelligent Jane Eyre. The Jane Eyre Chronicles pick up where Brontë left off, with Jane married to her beloved Edward Rochester and mother to a young son. But Jane soon finds herself having to protect those she loves

When the roof caves in at their country home, Ferndean, Jane and Edward accept an invitation from their friend Lucy Brayton to stay with her in London while repairs are being made. Jane is reluctant to abandon their peaceful life in the countryside, but Edwards damaged vision has grown worse. She hopes that time in the capital will buoy his spirits and give him the chance to receive treatment from a renowned oculist.

Once in London, the Rochesters accompany Lucy to the Italian Opera House, where they encounter Dowager Lady Ingram, who had once hoped for Edward to wed her daughter, Blancheand whos still rankled by his subsequent marriage to Jane. In front of a group of society people, the aging dowager delivers a vicious social drubbing to Jane, enraging both Edward and Lucy. In an attempt to rebuild good will, Jane and Lucy decide to speak to the Dowager in private. But the visit is cut short when the Dowager drops dead before their shocked eyes. The police suspect foul play, and Lucy stands accused of murderunless Jane can clear her friends name
Historical Readings & Reviews | Genealogical Musings
Top

This one doesn't have either a description or cover yet but since I imagine it will be popular (and the title is kind of self explanatory):

I don't think this US reissue has been mentioned yet? I know it's already been reissued in the UK.

[quote=""Mythica""]I don't think this US reissue has been mentioned yet? I know it's already been reissued in the UK.

Queen Jezebel: A Catherine de' Medici Novel by Jean Plaidy
US March 12, 2013[/quote]
It's been mentioned here--forget which thread though. Thanks for the reminder just the same!