The Turncoat: Renegades of the Revolution by Donna Thorland5 March 2013
Fiction

Donnas debut novel, The Turncoat, won The Catherine in 2011. It will be published by NAL in March 2013. Set in decadent, occupied Philadelphia during the winter of 1777, The Turncoat is a swashbuckling tale of romance, war, and espionage.
Top

Becoming Valley Forge, Seven Locks, The Turncoat ... Might we be seeing a shift in the conventional wisdom that HF set in America is a marketing non-starter? (Which I've never fully understood anyway, given the success of books by Kathleen Kent, Christine Blevins, Lucia St. Clair Robson, Sally Gunning, Geraldine Brooks and others in recent years)

I'm especially glad to see these new titles set in the colonial and revolutionary period.
Top

Semper Fidelis: A Novel of the Roman Empire by Ruth Downie
January 8, 2013 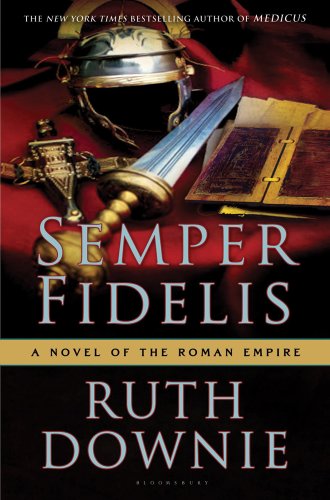 The Fall of the House of Dixie: The Civil War and the Social Revolution That Transformed the South by Bruce Levine
Non-Fiction
January 8, 2013

Non description yet but the title sounds interesting - might help with my family history research. 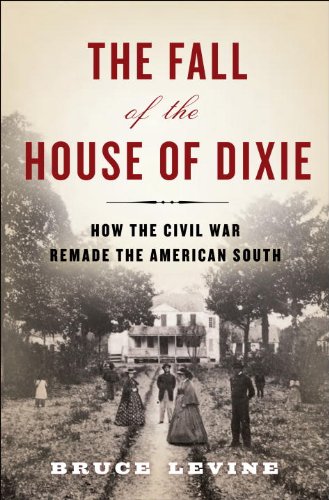 It is 1535 and in the tumultuous years of King Henry VIII's break from Rome, the religious houses of England are being seized by force. Twenty-year-old Catherine Havens is a foundling and the adopted daughter of the prioress of the Priory of Mount Grace in a small Yorkshire village. Catherine, like her adoptive mother, has a gift for healing, and she is widely sought and admired for her knowledge. Catherine's hopes for a place at court have been dashed by the king's divorce, and she has reluctantly taken the veil. In the remote North, the nuns enjoy the freedoms unavailable to other women. England is their home, but the times have changed, and now the few remaining nuns dread the arrival of the priory's new owner, Robert Overton.

When the priory's costly altarpiece goes missing, Catherine and her friend Ann Smith find themselves under increased suspicion. Only the illness of Robert's brother, William, preserves the nuns from immediate expulsion and arrest. Catherine heals him, and when she undertakes a quest across England, he offers to accompany her and Ann. They visit the deposed queen, and during their journey to uncover the truth, Catherine begins to doubt her church and her God. She finds herself drawn to William, even though he has spoken his oath to the crown and serves her greatest enemy. King Henry VIII's soldiers have not had their fill of destruction, and when they return to Mount Grace to destroy the priory, Catherine must choose between the sacred calling of her past and the man who may represent her country's future.
You do not have the required permissions to view the files attached to this post.
http://www.shelfandstuff.blogspot.com
http://www.tanzanitesbookcovers.blogspot.com
Mind the Gap
Top

Shadow on the Crown by Patricia Bracewell. US and UK release February 7, 2013.


In 1002, sixteen¬-year-old Emma of Normandy crosses the Narrow Sea to wed the much older King Athelred of England, whom she meets for the first time at the cathedral door. Thrust into an unfamiliar and treacherous court, with a husband who sees her as a nuisance and a rival who will stop at nothing to steal her crown, the only way for Emma to secure her status as queen is to give birth to a son.


Clever and independent, Emma is determined to make the best of her difficult situation. She wins a few friends at court and is soon adored by her subjects for her generosity. But her growing love for a man who is not her husband and the imminent threat of a Viking invasion jeopardize both her crown and her life.


Based on real events recorded in the Anglo-Saxon Chronicle, Shadow on the Crown introduces readers to a fascinating, overlooked period of history and an unforgettable heroine whose quest to find her place in the world will resonate with modern readers.
http://www.shelfandstuff.blogspot.com
http://www.tanzanitesbookcovers.blogspot.com
Mind the Gap
Top

After Rome: A Novel of Celtic Britain by Morgan Llywelyn. US and UK release February 19, 2013.


Anarchy rules in Britannia as the Roman Empire collapses,
and two men fight to build stable lives among the chaos

After more than four hundred years of Roman rule, the island its conquerors called Britannia was abandonedleft to its own devices as the Roman empire contracted in a futile effort to defend itself from the barbarian hordes encroaching upon its heart. As Britannia falls into anarchy and the city of Viroconium is left undefended, two cousins who remained behind when the imperial forces withdrew pursue very different courses in the ensuing struggle to unite the disparate tribes and factions throughout the land.

Passionate, adventurous Dinas recruits followers and dreams of kingship. Thoughtful Cadogan saves a group of citizens when Saxons invade and burn Viroconium, then becomes the reluctant founder and leader of a new community that rises in the wilderness. The two cousins could not be more different, but their parallel stories encapsulate the era of a new civilization struggling to be born.
You do not have the required permissions to view the files attached to this post.
http://www.shelfandstuff.blogspot.com
http://www.tanzanitesbookcovers.blogspot.com
Mind the Gap
Top

The Turncoat by Donna Thorland. US and UK release March 5, 2013.


(from the author's website): They are lovers on opposite sides of a brutal war, with everything at stake and no possibility of retreat. They can trust no oneespecially not each other.


Major Lord Peter Tremayne is the last man rebel bluestocking Kate Grey should fall in love with, but when the handsome British viscount commandeers her home, Kate throws caution to the wind and responds to his seduction. She is on the verge of surrender when a spy in her own household seizes the opportunity to steal the military dispatches Tremayne carries, ensuring his disgraceand implicating Kate in high treason. Painfully awakened to the risks of war, Kate determines to put duty ahead of desire, and offers General Washington her services as an undercover agent in the City of Brotherly Love.


Months later, having narrowly escaped court martial and hanging, Tremayne returns to decadent, British-occupied Philadelphia with no stomach for his current assignmentto capture the woman he believes betrayed him. Nor does he relish the glittering entertainments being held for General Howes idle officers. Worse, the glamorous woman in the midst of this social whirl, the fiancée of his own dissolute cousin, is none other than Kate Grey herself. And so begins their dangerous dance, between passion and patriotism, between certain death and the promise of a brave new future together.
http://www.shelfandstuff.blogspot.com
http://www.tanzanitesbookcovers.blogspot.com
Mind the Gap
Top


The death of a notorious London diamond merchant draws aristocratic investigator Sebastian St. Cyr and his new wife Hero into a sordid world of greed, desperation, and the occult, when the husband of Sebastians former lover Kat Boleyn is accused of the murder.


Regency England, September 1812: After a long night spent dealing with the tragic death of a former military comrade, a heart-sick Sebastian learns of a new calamity: Russell Yates, the dashing, one-time privateer who married Kat a year ago, has been found standing over the corpse of Benjamin Eisler, a wealthy gem dealer. Yates insists he is innocent, but he will surely hang unless Sebastian can unmask the real killer.


For the sake of Kat, the woman he once loved and lost, Sebastian plunges into a treacherous circle of intrigue. Although Eislers clients included the Prince Regent and the Emperor Napoleon, he was a despicable man with many enemies and a number of dangerous, well-kept secretsincluding a passion for arcane texts and black magic. Central to the case is a magnificent blue diamond, believed to have once formed part of the French crown jewels, which disappeared on the night of Eislers death. As Sebastian traces the diamonds ownership, he uncovers links that implicate an eccentric, powerful financier named Hope and stretch back into the darkest days of the French Revolution.


When the killer grows ever more desperate and vicious, Sebastian finds his new marriage to Hero tested by the shadows of his first love, especially when he begins to suspect that Kat is keeping secrets of her own. And as matters rise to a crisis, Sebastian must face a bitter truth--that he has been less than open with the fearless woman who is now his wife.
http://www.shelfandstuff.blogspot.com
http://www.tanzanitesbookcovers.blogspot.com
Mind the Gap
Top

(From the authors website): Book is about Shakespeares fight arranger - an oft drunk, brilliant swordsman and wannabe actor, John Lawley. All set in and around London 1599-1601 it will be about the Globe theatre, the Earl of Essexs attempted coup and the first production of Hamlet. With swords!
http://www.shelfandstuff.blogspot.com
http://www.tanzanitesbookcovers.blogspot.com
Mind the Gap
Top
Post Reply
363 posts