To forge an incredibly powerful political alliance, thirteen-year-old Marie Antoinette of Austria is betrothed to Dauphin Louis Auguste, who will one day be the king of France. To prepare her for this awesome responsibility, she must be trained to write, read, speak French, dress, act...even breathe. Things become more difficult for her when she is separated from her family and sent to the court of Versailles to meet her future husband. Opinionated and headstrong Marie Antoinette must find a way to fit in at the royal court and get along with her fiancé. The future of Austria and France falls upon her shoulders. But as she lives a luxurious life inside the palace gates, out on the streets the people of France face hunger and poverty. Through the pages of her diary, Marie captures the isolation, the lavish parties and gowns, her struggle to find her place, and the years leading up to her ascendance of the throne...and a revolution.
You do not have the required permissions to view the files attached to this post.
http://www.shelfandstuff.blogspot.com
http://www.tanzanitesbookcovers.blogspot.com
Mind the Gap
Top

Oh, I almost forgot this one:

Vanessa
Bibliomaniac
Posts: 4298
Joined: August 2008
Currently reading: The Farm at the Edge of the World by Sarah Vaughan
Interest in HF: The first historical novel I read was Katherine by Anya Seton and this sparked off my interest in this genre.
Favourite HF book: Gone with the Wind by Margaret Mitchell!
Preferred HF: Any
Location: North Yorkshire, UK

A couple of books I've come across which have recently been published:

Above All Things by Tanis Rideout

Above All Things is a heart-wrenchingly romantic historical novel by Tanis Rideout ,based on British mountaineer George Mallory's fatal attempt to climb Everest, and his wife Ruth, who is left at home, waiting for him to return to her.

In the Himalayas two climbers strike out for the summit of the Earth's highest mountain - aiming to be the first to the top, and reclaim a little of Britain's lost glory.

In Cambridge, a wife collects the milk, gets three children out of bed and waits for a letter, a telegram - for news of her husband.

It is 1924 and after months of setbacks and failures, George Mallory and Andrew "Sandy" Irvine are attempting to be the first to conquer Everest. Alone on the mountain they struggle against inhuman cold, violent winds, thin air - but climbing, putting one foot falteringly after another, they reach for the cloud-shrouded peak.

At home Ruth Mallory goes about her day; visiting friends and comforting children she longs for news of George. She considers her marriage - the passion, the fights, the bitter absences, the loving reunions, all the snatched moments during the war and between expeditions. . She hides her doubts and the uncertainty about the future with or - god forbid - without him.

A powerful, moving story of a husband driven to extraordinary lengths by his ambition and a wife terrified she will lose him to a cruel and pitiless rival, Above All Things is a timeless story of one of the great tragedies - and love stories - of the last century.

The Poisoned Island by Lloyd Shepherd

LONDON 1812: For forty years Britain has dreamed of the Pacific island of Tahiti, a dark paradise of bloody cults and beautiful natives. Now, decades after the first voyage of Captain Cook, a new ship returns to London, crammed with botanical specimens and, it seems, the mysteries of Tahiti.
When, days after the Solander's arrival, some of its crew are found dead and their sea-chests ransacked - their throats slashed, faces frozen into terrible smiles - John Harriott, magistrate of the Thames river police, puts constable Charles Horton in charge of the investigation. But what connects the crewmen's dying dreams with the ambitions of the ship's principal backer, Sir Joseph Banks of the Royal Society? And how can Britain's new science possibly explain the strangeness of Tahiti's floral riches now growing at Kew?

Horton must employ his singular methods to uncover a chain of conspiracy stretching all the way back to the foot of the great dead volcano Tahiti Nui, beneath the hungry eyes of ancient gods.

currently reading: My Books on Goodreads

I don't think these have been posted yet - an early peek for Tudor fans:

The Boleyn Deceit: A Novel by Laura Andersen
November 26, 2013

No cover or description yet but the title is pretty self explanatory.

Forgotten Queen by Darcey Bonnette - author has two previous Tudor novels so this may well be another one.
November 21, 2013

The Spanish Queen: A Novel of Henry VIII and Catherine of Aragon by Carolly Erickson
October 22, 2013

The Tudor Bride by Joanna Hickson
October 24, 2013
I'm assuming this one is the sequel to The Agincourt Bride. 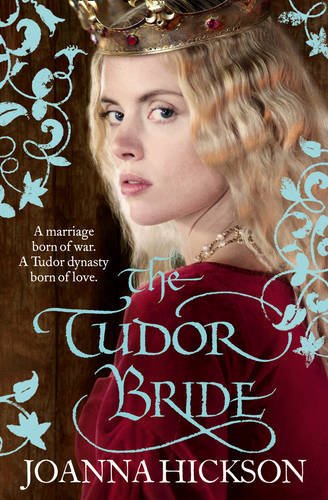 [quote=""Mythica""]
Forgotten Queen by Darcey Bonnette - author has two previous Tudor novels so this may well be another one.
November 21, 2013
[/quote]
Darcey Bonnette is the UK pen name of D.L. Bogdan, so in the US, it's already published. So it is a Tudor novel

I do much prefer the cover of The Tudor Bride to the previous one. I wonder what sort of pose she'll have in the last of the trilogy?
Last edited by Lisa on Thu March 7th, 2013, 1:23 pm, edited 1 time in total.
Top

[quote=""LadyB""]Darcey Bonnette is the UK pen name of D.L. Bogdan, so in the US, it's already published. So it is a Tudor novel

That's weird - Forgotten Queen is from the US store so why is it under the UK pen name?
Historical Readings & Reviews | Genealogical Musings
Top

[quote=""Mythica""]That's weird - Forgotten Queen is from the US store so why is it under the UK pen name?[/quote]

Yeah I noticed that, I've no idea

I have noticed US titles listed on UK Amazon in the past as well, but usually just when they haven't been released in the UK yet.

Hmm, I just checked, and I think someone screwed up. The US Forgotten Queen is listed on Amazon UK, but not the forthcoming UK edition.

Less than three years after the Battle of Hastings, 2,000 Normans march to subdue the troublesome province of Northumbria. Tancred, an ambitious knight, is among them, hungry for battle. But at Durham, they are ambushed by English rebels and Tancreds lord is slain as he barely escapes alive. Seeking vengeance for his lords murder, he becomes caught up in secret dealings between a powerful Norman magnate and a shadow from the past. As the Norman and English armies prepare to clash, Tancred uncovers a plot which harks back to Hastings itself. If successful, it threatens to destroy the entire conquest.[/quote]

I just noticed this one on Amazon has completely the wrong description! LOL

The Spanish Queen: A Novel of Henry VIII and Catherine of Aragon by Carolly Erickson
October 22, 2013

Here's a summary and cover:

When young Catherine of Aragon, proud daughter of King Ferdinand and Queen Isabella, is sent to England to marry the weak Prince Arthur, she is unprepared for all that awaits her: early widowhood, the challenge of warfare with the invading Scots, and the ultimately futile attempt to provide the realm with a prince to secure the succession. She marries Arthurs energetic, athletic brother Henry, only to encounter fresh obstacles, chief among them Henrys infatuation with the alluring but wayward Anne Boleyn.

In The Spanish Queen, bestselling novelist Carolly Erickson allows the strong-willed, redoubtable Queen Catherine to tell her won story  a tale that carries her from the scented gardens of Grenada to the craggy mountains of Wales to the conflict-ridden Tudor court. Surrounded by strong partisans among the English, and with the might of Spanish and imperial arms to defend her, Catherine soldiers on, until her union with King Henry is severed and she finds herself discarded  and tempted to take the most daring step of her life.
You do not have the required permissions to view the files attached to this post.
http://www.shelfandstuff.blogspot.com
http://www.tanzanitesbookcovers.blogspot.com
Mind the Gap
Top

The Ludwig Conspiracy by Oliver Potzsch. US release September 3, 2013.


In 1886, Ludwig II, the fairytale king of Bavaria, was deposed after being declared insane by doctors who had never met him. He died mysteriously soon thereafter, his eccentric and beautiful castles his only legacy.
When an encoded diary by one of Ludwigs confidants falls into the hands of rare book dealer Steven Lukas, he soon realizes that the diary may bring him more misery than money. Others want the diary as welland they will kill to get it. Believing the diary to contain the secret truth behind Ludwigs death, Steven and the detective Sara Lengfeld go on the run, investigating each of Ludwigs three famous castles for clues. Just what in the diary could be so explosive that Ludwig's deranged modern-day followers will do whatever it takes to keep it hidden?

Combining contemporary mystery and a gripping historical saga, putting computers and smartphones alongside derringers and palace intrigue, The Ludwig Conspiracy is a bold new thriller from the best-selling author of The Hangmans Daughter series.
You do not have the required permissions to view the files attached to this post.
http://www.shelfandstuff.blogspot.com
http://www.tanzanitesbookcovers.blogspot.com
Mind the Gap
Top
Post Reply
363 posts