Trail of Blood by Jeremy Potter

Trail of Blood by Jeremy Potter

“In 1536, the murder of the princes in the Tower is still within living memory….

Brother Thomas of Croyland Abbey has an urgent mission – to find a new king and perhaps save the great abbeys of England from the destruction threatened by Henry VIII.

The real question he has to answer – who are the surviving Plantagenets? The search for a member of the royal house of York leads Brother Thomas across an England seething with rebellion – to the heart of the mystery surrounding the princes in the Tower…”


The abbot of Croyland is not pleased when he arrives home from affairs of church and state in London to find two equally dangerous and unwelcome visitors awaiting him; John Rayne, chancellor and vicar-general of the diocese of Lincoln (and a tool of Thomas Cromwell), and Robert Aske, a fervent young Catholic lawyer from the north.

For more than eight hundred years the abbey of Croyland in the Lincolnshire fens has served God’s cause. “John Wells’ reign as abbot has lasted a mere twenty four of these, but the weight of the centuries lay on his shoulders. If any could bear it, his could. They were broad and unstooping”.

Uncertain times face the ancient abbey. King Henry VIII has declared himself Supreme Head of the Church in England and appointed Thomas Cromwell his vicar general. First on the agenda has been the dissolution of the smaller monasteries; their possessions seized, their buildings destroyed, the monks expelled. It’s only a matter of time before the larger institutions become the object of the king’s greed. “He needed money and the religious houses had it. That was the kernel of the matter, and Master Cromwell was the maggot in the kernel”. No revisionist Mantel-style Cromwell here!

With very different motives, Abbot John's worrisome visitors are both seeking the truth about the fate of Edward IV's sons in the abbey's secret records. To the abbot's horror, his unworldly and easily flustered prior has given permission for these potentially lethal records to be consulted. The abbot attempts to mitigate the disaster by limiting access and interpretation of the abbey's chronicles to young Brother Thomas, the abbey's most able scholar. Thomas agrees to investigate and to truthfully and without prejudice reveal his findings to all concerned at the same time.

Closely followed by Cromwell’s agents, Brother Thomas’ investigation leads him all over England, giving the reader a comprehensive picture of a country in turmoil. This is a plausible, engaging and at times moving mystery, well-written, suspenseful and rich in characterisation, irony and historical understanding. Those who have read C J Sansom’s Sovereign will be struck by some similarities - both stories are shadowed by the Dissolution and the Pilgrimage of Grace and feature a hidden Titulus Regius which poses a threat to Henry VIII’s legitimacy as king.

Why Trail of Blood has fallen into obscurity is a bit of a mystery in itself. I have to say that the clues are there from the start and I did catch on to the secret of "who and what" very early in the piece, so the denouement at the end was no surprise to me. It didn’t really spoil my enjoyment of the story, though. An Amazon reviewer indicates that he/she did find the ending a surprise, so maybe the answer to the central mystery isn’t as obvious to everyone as it was to me. Well worth a read as both an entertaining tale and for a perception of how closely the War of the Roses and Tudor periods intertwine - a reminder that naming historical periods and giving them cut-off points is only for our convenience, and rather like drawing lines in the sand. 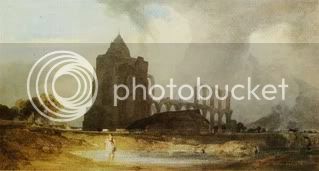 Jeremy Potter's A Trail of Blood was first published in 1970, and in his foreword he cited Jospehine Tey’s Daughter of Time as his inspiration. With a touch of wry wit he went on to say:

"Ever since their supposed murder the princes in the Tower have haunted English history. The question of Richard III's guilt has been debated for five hundred years. All I claim for my version of events is that it is as plausible as the one circulated by three earlier practitioners of the art of crime fiction: H.Tudor, T. More and W. Shakespeare."

Potter, who died in 1997, was also the author of a non-fiction Ricardian biography, Good King Richard?

Note: The Croyland Chronicle which is at the heart of Trail of Blood did exist. It was started by an abbot known as Ingulph in 655 and was updated by various abbots through to 1486.
Last edited by annis on Wed February 2nd, 2011, 7:21 am, edited 33 times in total.
Top

I've read and enjoyed Jeremy Potter's non fiction book 'Good King Richard?' but I haven't read his fiction work. Having read your review I think I may have to remedy that.
By Loyalty Bound - the story of the mistress of Richard III.

I really enjoyed Potter's style. I would have given this book 5 stars but for the fact that I solved the mystery in a very short space of time. It was still an excellent read, though.

I've got a copy of Potter's Disgrace and Favour on my TBR read pile which I'm looking forward to. It's set on the Scottish border during Elizabethan times and features many of the characters familiar from P F Chisholm's Sir Robert Carey series, including Sir Robert himself.
Top

Having recently read both 'Daughter of Time' and 'Dissolution', this sounds right up my street!
Top
Post Reply
4 posts • Page 1 of 1