Gave up on the biography of Magda Goebbels and finished 'Imperial Highness' by Evelyn Anthony about Catherine the Great today, a nice quick read about a very interesting woman. Now starting 'The Road to Tara' by Anne Edwards about Margaret Mitchell's life.
Top

[quote=""LoobyG""]Now starting 'The Road to Tara' by Anne Edwards about Margaret Mitchell's life.[/quote]

"His Last Letter: Elizabeth I and the Earl of Leicester" by Jeane Westin (361pgs, 2010). A novel of the life of Elizabeth and her relationship with Robert Dudley. The book goes back and forth in her reign at various points in their relationship. I liked it.

"Sotheby's: Bidding For Class" by Robert Lacey (346pgs, 1998)*. A very interesting look at the auction business and it's practices. Later I'll be reading "The Art of the Steal" about price fixing at Sotheby's and Christie's, it'll be like a continuation of the story, but by a different author.

"The DNA Detectives: How The Double Helix Is Solving Puzzles of the Past" by Anna Meyer (198pgs, 2005). Puzzles like was Anna Anderson Anastasia, no, was Neanderthals humans ancestors, no, and others.

"The Parthenon" by Mary Beard (210pgs, 2010). A look at the past, present and contemplates the future of the historical structure and the marbles, especially held by the British Museum.

At the moment I'm going back and forth between The Out-of-Sync Child (my upstairs book) and The Short Stories of F. Scott Fitzgerald (my downstairs book).
Top

I'm just about to start "The Winter Ghosts" by Kate Mosse.
Currently reading Loch of the Dead" by Oscar de Muriel
Top

I'm really enjoying it Miss Moppet! What an interesting woman. I like Edwards's style too, she is very readable which helps me a lot with biographies

I also read The Road to Tara several years ago, and enjoyed it.
Top 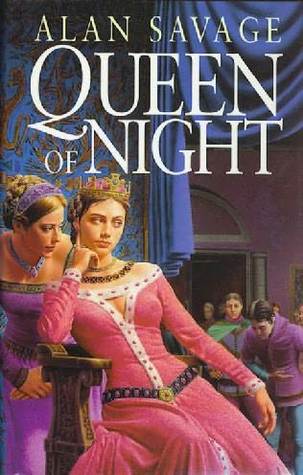 Erm, yes I am actually going to do this. Frequent quotes on my Goodreads updates.
At home with a good book and the cat...
...is the only place I want to be
Top
Locked
219 posts