The Enchantress Saga by Nicola Thorne

The Enchantress Saga by Nicola Thorne

“Where she came from no-one knew. Few cared. The men saw the pride, the grace, and the fierce defiance in her eyes. The women pitied her exhaustion, her ragged clothes and her loneliness. None guessed the tragic past from which she was fleeing, or foresaw the strange future that was her destiny....

Three men desired Analee the gypsy girl during that violent summer of 1745. The first was rebel aristocrat Brent Delamain. The second, the dark gypsy Randal Buckland. The third, the man all men knew and feared as The Falcon......

And as the stormy years went by after Bonnie Prince Charlie's brave rebellion, this wild passionate woman's desperate fight for love and survival earned her a fire-forged reputation - THE ENCHANTRESS”.

This is not so much a review as a reminiscent ramble--

A recent post by Divia with a query about one of Rosemary Ellerbeck’s books reminded me that back in the early 1980s before she became a bestselling author of family sagas, Nicola Thorne wrote under the names Rosemary Ellerbeck and Katherine Yorke. As Katherine Yorke she wrote a historical saga set in the 18th century which was a lot of fun. It was written in the style of Kathleen Winsor, Juliette Benzoni, Sergeanne Golon etc, quite raunchy for the times, though by modern standards relatively tame.

It was originally published in three titles (under the name Katherine Yorke):

When Thorne made the breakthrough as a big name author, these three titles were reissued in a single volume called The Enchantress Saga, published under the name Nicola Thorne in 1985. The stories follow the life, times and lusty adventures of beautiful, bewitching Analee, daughter of a gypsy woman and an English aristocrat. The setting moves between Lakeland Cumbria, London, Paris and Versailles – the English and French courts of George II and Louis XV - with sidelines to military campaigns in Flanders and Europe, and through the turbulent period of the Jacobite Rebellion of 1745 and its aftermath. Analee encounters and fascinates many men, even having a fling with Charles Edward Stuart (Bonnie Prince Charlie), an alcoholic exile in France and embarrassment to the French king. She becomes mistress and later wife to the Marquess of Falconer, a charismatic English nobleman and soldier who starts off as Prince Charming but transforms over the years into the Beast.

Thorne packs a lot of interesting royal, political and military history into Analee’s tale, and some fascinating information about gypsy lore. If you enjoy the exploits of Amber, Angélique and Marianne, you might like to give this one a try.
Last edited by annis on Thu September 9th, 2010, 7:02 pm, edited 19 times in total.
Top

Edit, it looks like these are also packaged individually under the name Katherine York. See Goodreads listing for that author here. Falcon Fury has quite a bosomy cover.
Last edited by Misfit on Thu September 9th, 2010, 12:30 pm, edited 2 times in total.
At home with a good book and the cat...
...is the only place I want to be
Top

I second that 'Argh' Annis, I've already got the Angelique, Catherine and Marianne series to make my way through! Sounds right up my street though, thanks for posting

The covers under the Katherine Yorke penname are classic beauties. 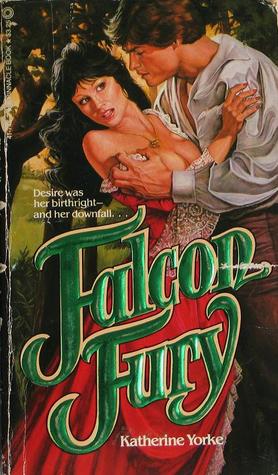 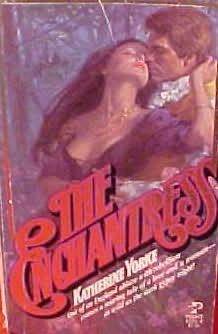 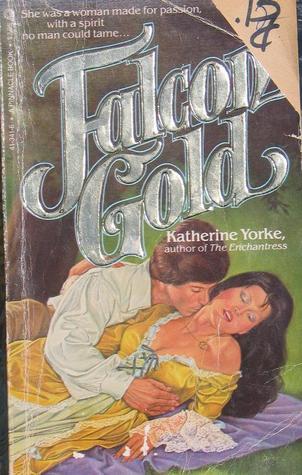 The Enchantress Saga cover is really bland in comparison, but has a very similar look to various other novels Nicola Thorne wrote about that stage (English editions, anyway) -- there's an example below. I imagine the new Enchantress cover was part of a rebranding exercise and maybe an attempt to make it look more "serious".
http://www.fantasticfiction.co.uk/t/nic ... omises.htm
Last edited by annis on Thu September 9th, 2010, 7:00 pm, edited 3 times in total.
Top

Vanessa
Bibliomaniac
Posts: 4276
Joined: August 2008
Currently reading: The Farm at the Edge of the World by Sarah Vaughan
Interest in HF: The first historical novel I read was Katherine by Anya Seton and this sparked off my interest in this genre.
Favourite HF book: Gone with the Wind by Margaret Mitchell!
Preferred HF: Any
Location: North Yorkshire, UK

The book I have by Rosemary Ellerbeck (a pseudonym of Nicola Thorne) - Rose, Rose, Where Are You - is quite sedate compared to those!
currently reading: My Books on Goodreads

I don't let a cover deter me (well, most of the time). The Marianne covers are quite OTT, but really the sex is very very tame.
At home with a good book and the cat...
...is the only place I want to be
Top

Those covers almost make me blush! I love it

[quote=""LoobyG""]Those covers almost make me blush! I love it

You must come over to Goodreads and get befriended by Karla and Jeanine. Those covers you get from them in your feeds provide endless hours of entertainment. I wouldn't have caught onto these with the different author name if I hadn't remembered cover on the left as one we'd chuckled over.
At home with a good book and the cat...
...is the only place I want to be
Top

Edit, it looks like these are also packaged individually under the name Katherine York

I did mention this, Misfit, but have just made it a bit clearer