[quote=""Misfit""]Madeline, how you holding out in a town so out there in timbuktu there isn't even a McDonalds?[/quote]

I don't go to McD's that often anyway, and we're used to rain here (it's raining at the moment) so I'm just about managing!

Nona, I have the first 3 and am waiting for number 4 to come out in pb, haven't seen the films yet though. So far it's a nice easy read, and I can identify with Bella's uselessness at PE, I was exactly the same!

France, in the court of Charles VI "The Mad". With a young Katherine of Valios.
Top

The Isle of Sky 1953, seeking two female climbers feared dead at the hand of a murderer....

France, at the Temple, 1793--it seems that the Knight of the Maison- Rouge suceeded in delivering a 'note' to Madame Veto (Marie Antoinette). The Guard just caught her... they are abour to search her... and they have sound the alarm... oh no!!!

"A scar signifies past pain, a wound that did not heal as it ought. But it testifies, too, to survival" (Here Be Dragons)

I'm at a lunatic asylum in the Forest of Dean in the 1840s. Alfred Tennyson has just paid a call...
listen:there's a hell
of a good universe next door;let's go
ee cummings
Top

I'm pulling together a legion to try to hold off the barbarian hoards threatening Gaul.
Top

I'm in the Whitechapel district of Victorian London. Jack the Ripper is on the prowl . . .
Author of the Twilight of Avalon trilogy
new book: Dark Moon of Avalon, coming Sept 14 from Simon &Schuster (Touchstone)

(Thought I'd pinch this idea from Misfit!) 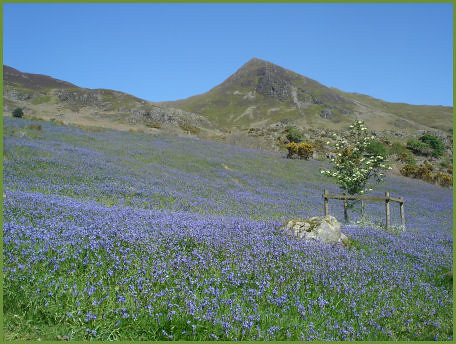 I'm at Rannerdale (originally probably "Ragnar's dale") in the Cumbrian Lakeland District, in the midst of a bloody battle between Ranulph le Meschin's Normans and Cumbrian/Norse resistance fighters led by Jarl Buthar. It's sometime early in the 12th century--

Amazingly, although most people have heard of Hereward the Wake, Jarl Boethar/Buthar is virtually unknown, yet for thirty odd years from the Harrying of the North in 1069 to the early 12th century, this Norse chieftain and his band of disaffected native Cumbrians and Anglo-Scandinavians conducted a campaign of running resistance against the Norman invaders from a hidden stronghold in the fells around Buttermere (which takes his name in a corrupted form)

I hadn't realised the extent to which the Vikings occupied this area from the ninth and tenth centuries; with all those Viking genes it's no wonder the Borderers developed such a fearsome reputation!

I'm in London, but not sure when. Reading Georgette Heyer's Devil's Cub - definitely earlier than Regency. They are wearing wigs, powdering their hair, and the parties are called "drums." Early Georgian, I suppose - Heyer is not one for sprinkling dates into her novels, but the setting details are very precise - an expert in the period would probably be able to date it to the year from the costuming alone.
Browse over 5000 historical novel listings (probably well over 5000 by now, but I haven't re-counted lately) and over 700 reviews at www.HistoricalNovels.info
Top
Post Reply
1457 posts