[quote=""annis""]The beseeching lady is another Waterhouse painting- his romantic style is a perennial favourite:
"Lamia"
http://www.jwwaterhouse.com/view.cfm?recordid=53[/quote]

Thanks, Annis. That was driving me crazy, not knowing the artist!
Susan Higginbotham
Coming in October: The Woodvilles

The Cabanel Cleopatra painting used for Pauline Gedge's "Lady of the Reeds" was recycled for another of her books as well. The publisher must have been short on ideas!
"House of Dreams"
http://www.fantasticfiction.co.uk/g/pau ... dreams.htm
Top

HUGHE APOLOGIES to Boswell.
I've found my copy of The Rose of York and it IS the one you mentioned with the knight and the lady. So why on earth I was so certain it was the lady sniffing roses I have no idea. Losing my marbles probably. In my defence it is the same artist and looks like the same model. My excuse and I'm sticking to it!
Blushes.

I just saw this new cover for Anand's House of Lanyon on Amazon UK. The woman is different but I swear I've seen that pose and the lattice window somewhere before, but can't figure out where. 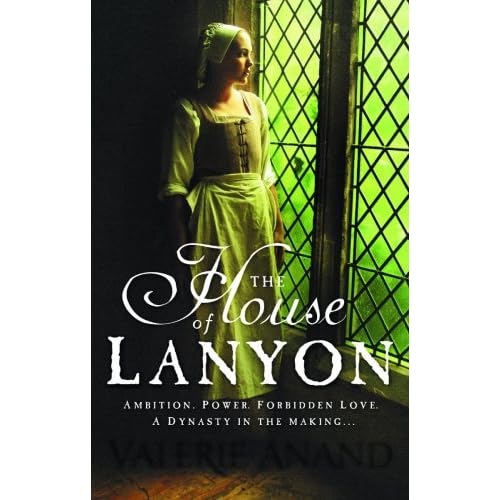 I think it is pretty reminiscent of some of the Posie Graeme-Evans books but maybe that isn't it.

There is a novel around at the moment that every time I see I think is The Sealed Letter by Emma Donoghue. Every time. As soon as I see it again I will post the title.
Last edited by diamondlil on Sat January 10th, 2009, 1:41 am, edited 1 time in total.
My Blog - Reading Adventures

It's a lovely cover (and it reminded me of Posie Graeme-Evans immediately too) but deceptive, imho, I don't think it describes the contents well. OTOH, I'm sure it will help with sales.
Top

What a fascinating thread. I hadn't realised that 'stock' pictures were used for the covers of books. I shall be on the lookout for copied covers in the future.
By Loyalty Bound - the story of the mistress of Richard III.

The Cabanel Cleopatra painting used for Pauline Gedge's "Lady of the Reeds" was recycled for another of her books as well. The publisher must have been short on ideas!
"House of Dreams"
http://www.fantasticfiction.co.uk/g/pau ... dreams.htm[/quote]

House of Dreams and Lady of the Reeds are the same book -- which title you get depends on what side of the Canadian/US border you're on. They did the same thing with her novel Scroll of Saqqara which was published as Mirage here in the US. It does get confusing after a while.
Top

The use of stock images for covers is pretty common now. The cost of a one off, even a photograph, where you buy all rights, exclusive, for life, is often simply out of the reach of many a small press.

Larger presses have the resources to buy more expensive stock art pieces, but they're also feeling the pinch right now, so that extra $2,000 for an exclusive, all rights, can make the difference between the book going to print, or not...

In some cases it's not laziness that images are re-used. As a publisher you don't know who else has purchased the usage rights to the picture, or when. It can seem that way, but unless someone points it out to the EiC, or the author, that they've seen that picture used elsewhere, how are they going to know?

Searching for titles is easy on google, but searching for images to make sure no other publisher has used that image for a title before.. isn't so easy, and it's very time consuming. Time publishers often don't have.

Even if a search is done, it only shows the books that are currently on sale, often not those out of print, or not as yet on sale. Considering most publishers have a six month lead in for print releases, even if they've checked, double checked and triple checked to see if there's a book currently on sale using that image, they don't know what's been sent to print, or slotted in, by another company until the book is on sale.

I know of one author who showed her cover off to her readers list and soon found out that three other books had used the exact same cover. They had enough time to get that one changed - but if she hadn't shown it off, if a couple of the readers hadn't recognized it, then she'd have been stuck. Once it's gone to the printer there's no changing it.

No, it's often not laziness.

Cover art and how it's chosen is almost as fascinating as the book itself. I've read mentions in the Romance forum at Amazon that many writers have little if no control over the cover art at all - although that may only be in the romance genre.
Top
Post Reply
1592 posts