Has Wolf Hall gotten any mention here? Its getting rave reviews on another forum I'm on. Comes out in October. I have gotten more than a bit tired of Tudors but this one looks like one I may want to read.

[quote=""Ash""]Has Wolf Hall gotten any mention here? Its getting rave reviews on another forum I'm on. Comes out in October. I have gotten more than a bit tired of Tudors but this one looks like one I may want to read.


There's a review of it here under the Reviews section. Think EC was the reviewer.
Susan Higginbotham
Coming in October: The Woodvilles

Thanks, I'll go back and look
Top

This actually came out at the end of July and I can't believe I didn't know about it!:
NF: "The Grey Sisters" by Brenda Kemeys:
http://www.amazon.com/Grey-Sisters-Bren ... 995&sr=8-1 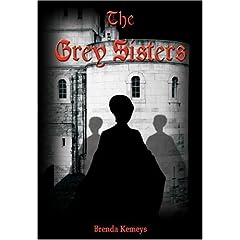 That can't be right 123 pages. Or else how can it be This comprehensive and enlightening biography

Its either wrong or maybe its for middle school students.
News, views, and reviews on books and graphic novels for young adult.
http://yabookmarks.blogspot.com/
Top

The publisher's site also says 123 pages. The website could use a proofreader.

This appears to be a subsidy press, judging from comments in Absolute Write.
Susan Higginbotham
Coming in October: The Woodvilles

I'm gonna say its for middle school age children then. thats dissapointing becuase I would have enjoyed a nice bio on the girls.
News, views, and reviews on books and graphic novels for young adult.
http://yabookmarks.blogspot.com/
Top

A couple of non-fiction Tudor books:

Henry VIII: The Tudor Tyrant by Richard Rex. Non-fiction. UK release October 31, 2009. An accessible biography of Henry VIII by one of the country's leading Tudor experts. The future Henry VIII was born on 29 June 1491, the second son of Henry VII and Elizabeth of York. This talented, athletic and temperamental man might have proved something of a handful to his elder brother, Prince Arthur, the firstborn, had he survived to wear the crown. But Henry's life was changed forever when Arthur died in 1502 and the course of English history took a very unexpected turn.

Elizabeth of York: Queenship and Power by Arlene Okerlund. Non-fiction. US release September 29, 2009; UK release October 2, 2009. This one’s a little pricey at almost $75!
This book tells the story of the queen whose marriage to King Henry VII ended England’s Wars of the Roses and inaugurated the 118-year Tudor dynasty. Best known as the mother of Henry VIII and grandmother of Elizabeth I, this Queen Elizabeth contributed far beyond the act of giving birth to future monarchs. Her marriage to Henry VII unified the feuding houses of Lancaster and York, and her popularity with the people helped her husband survive rebellions that plagued his first decade of rule. Queen Elizabeth’s gracious manners and large family created a warm, convivial Court marked by a rather exceptional fondness between the royal couple. Her love for music, literature, and architecture also helped inspire England’s Renaissance.
http://www.shelfandstuff.blogspot.com
http://www.tanzanitesbookcovers.blogspot.com
Mind the Gap
Top

What I am most looking forward to...

The Tudor Rose by Margaret Campbell Barnes (reissue)
The Lute Player by Norah Lofts
Hugh and Bess by Susan Higginbotham
Sand Daughter by Sarah Bryant
In His Majesty's Service by Naomi Novik (it's fantasy, but I love the series)
The Templar Magician byPaul DohertyHer Mother's Daughter byJulianne Lee