[quote=""Susan""]I did a bit of Googling and found out that it is a "fictional first person account of the Scottish Queen's life." I'm coughing along with you![/quote]

Lol, both of you. From what I heard of what she did to Josephine it might be fun to see what she does with Mary and Boswell

Although after PG's bomb on Mary I'm surprised anyone wants to take it on right now.
At home with a good book and the cat...
...is the only place I want to be
Top

PG gave me a bad taste for any MQOS books. It will be a long long time before I read anything on her.
News, views, and reviews on books and graphic novels for young adult.
http://yabookmarks.blogspot.com/
Top

Look what's coming out brand spanking new later this year. Yay! I know Celia Garth is Leyland's favorite Bristow by CP is my favorite. I love tales of the Gold Rush and San Francisco. 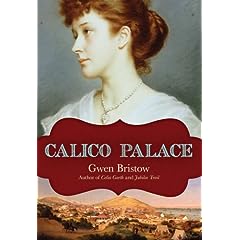 My favorite Bristow is Jubilee Trail. Are they going to be re-issuing that any time soon?

[quote=""MLE""]My favorite Bristow is Jubilee Trail. Are they going to be re-issuing that any time soon?[/quote]


Here's the link for it over at Amazon:

[quote=""MLE""]My favorite Bristow is Jubilee Trail. Are they going to be re-issuing that any time soon?[/quote]

Tely's got it. Jubilee Trail was reissued a couple of years ago and was the one that set me on the path to reading more of her books. I know I'd owned and read Calico Palace waaaay back in the 70's but had given away my copy. Probably ended up buying it back from myself somehow

Cover for NF: "The Other Tudors: Henry VIII's Mistresses and Bastards" 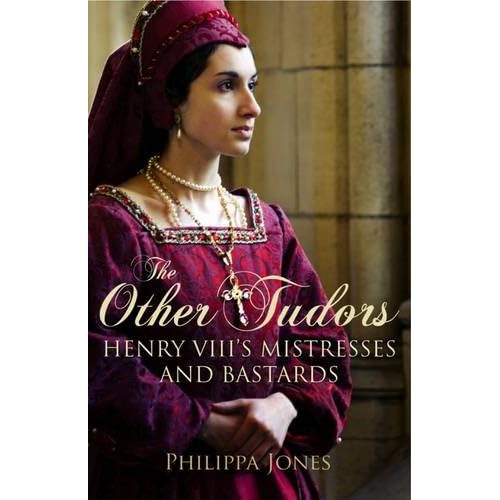 I'm sorry, but that subtitle just cracks me up. It begs for a sequel like Henry VIII's Second Cousins Once Removed, or Henry VIII's Poor Relations . . .
Susan Higginbotham
Coming in October: The Woodvilles

Not only that, BB, but the first time I looked at it, I thought that the cover illustration was a waxwork!! Honestly!

But how many mistresses and bastards were there, really?? Elizabeth Blount & her son, the Duke of Richmond, who didn't really live long enough to be interesting in his own right. And Mary Boleyn and probably one of her children, but haven't we heard enough about them?? Am I missing anyone here? I suppose Madge Shelton in Anne Boleyn's time, and I surmise there were others. But Henry didn't seem to have had that many bastard offspring in the first place. He was certainly no Henry I....
Top

And as for Carolly Erickson's historical 'entertainments' -- nevermore *she said darkly*. I have ceased to find them entertaining enough even to go to the trouble of borrowing them from a library. Such utter, wholesale disregard for historical fact... *splutter, splutter*

Are headless ladies making a comeback??

I'm glad Campbell Barnes is making a comeback, albeit with a headless lady. Her characters may be a bit overly saccharine (she turns Henry into a doting father in My Lady of Cleves, and I have trouble imagining him as a doting anything -- lascivious, yes, but doting...?) but she's a sentimental fave of mine. I do hope they push past the Tudors and get into some of her more obscure ones. Lady on a Coin is about Frances Stuart, a friend of Minette's and love of Charles II (but possibly not his mistress), who was disfigured by smallpox. Mary of Carisbrooke is another good Stuart-era tale, revolving around Charles I's imprisonment at the castle & later imprisonment there of his daughter Elizabeth.

Why don't the Stuarts get any time?? Charles may not have whacked his wives' heads off, but he did get his own surgically removed... Yes, I know someone is busily recounting the lives of all his mistresses, and there are some decent Plaidy books, but if there is one story itching to be old it is Mary & Anne's conscious attempt to disgrace & unseat their father. There's a story waiting for a good retelling.

Divia, do try either Margaret George's book or Reay Tannahill's on the Scottish Queen. The latter is less of a doorstop. Either are really v. good, IMO, and less interior monologue than featured in TOQ. I'm not a big Mary fan (I think she was a bit of an idiot, not worthy of the romantic heroine title) but both are good. And there is an excellent Antonia Fraser bio of her. Any of those will take the bad TOQ taste out of your mouth!!!
Top
Locked
463 posts