December 12, 1212  Death of Geoffrey, Archbishop of York, illegitimate son of Henry II; died and buried at the Priory of Saint Michael at Grandmont in Normandy

December 12, 1574 - Birth of Anne of Denmark, wife of James I, at Skanderborg Castle in Skanderborg, Denmark

December 12, 1912  Death of Luitpold, Prince Regent of Bavaria in Munich, Bavaria; buried at the Theatine Church St. Cajetan in Munich
Luitpold was the regent and the real ruler of Bavaria from 1886 to 1912, due to the mental incompetency of his nephews, Ludwig II and Otto. 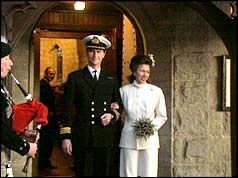 December 13, 1521  Death of Manuel I of Portugal, buried at Jerónimos Monastery, Lisbon

December 13, 1621  Death of Katarina Stenbock, third wife of Gustav I of Sweden at Strömsholm Palace; buried at Uppsala Cathedral

December 14, 1784  Birth of Maria Antonia of Naples and Sicily, first wife of Ferdinand VII of Spain, at the Caserta Palace, Caserta, Italy

December 14, 1787  Birth of Maria Ludovika of Austria-Este, third wife of Francis I of Austria

December 14, 1788 - Death of Carlos III of Spain at the Royal Alcazar of Madrid; buried at the Royal Seat of San Lorenzo de El Escorial

December 14, 1873  Death of Elisabeth Ludovika of Bavaria, wife of Frederick William IV of Prussia, in Dresden; buried at Friedenskirche in Potsdam

December 14, 1878 - Death of Princess Alice of the United Kingdom, wife of Grand Duke Louis IV of Hesse and by Rhine, daughter of Queen Victoria, at Neues Palais, Darmstadt, Germany; buried at the Mausoleum of Rosenhöhe, Hessen-Darmstadt
Alice died of diphtheria on the same date her father had died 17 years earlier. Alice's youngest daughter May had died of diphtheria a few weeks earlier. Alice's death left her children Victoria (aged 15, Prince Philip's grandmother), Ella (aged 14, married Grand Duke Serge of Russia and died in a mine shaft in Siberia at the hands of the Bolsheviks), Irene (aged 12, married a son of her aunt Victoria, Princess Royal, Empress of Germany and brought hemophilia into the German royal family), Ernest (aged 10, succeeded his father) and Alix (aged 6, married Tsar Nicholas II, brought hemophilia into the Russian royal family and was killed with her family by the Bolsheviks) motherless. Queen Victoria played a major role in the upbringing of these grandchildren.

December 14, 1895 - Birth of George VI at York Cottage, Sandringham, Norfolk
Prince Albert Frederick Arthur George was born on the anniversary of the death in 1861 of his great grandfather Prince Albert and of his great aunt Princess Alice in 1878. Queen Victoria received the news with mixed feelings. Her son, the Prince of Wales (later Edward VII) wrote to his son, the new baby's father: "Grandmama was rather distressed that this happy event should have taken place on a darkly sad anniversary for us, but I think - as well as most of us in the family here - that it will break the spell of this unlucky date."

December 14, 1901  Birth of Paul I of Greece in Athens
~Susan~
~Unofficial Royalty~
Royal news updated daily, information and discussion about royalty past and present
http://www.unofficialroyalty.com/
Top

December 15, 37 - Birth of Emperor Nero of Rome in Antium, Italy

December 15, 1263  Death of Haakon IV of Norway in Kirkwall, Orkney Islands; buried at the Old Cathedral of Bergen

December 15, 1719  Birth of Louis IX, Landgrave of Hesse-Darmstadt in Darmstadt

December 15, 1785  Wedding of George, Prince of Wales (future George IV) and Maria Fitzherbert at Park Lane, Mayfair, London
Because George married Mrs. Fitzherbert contrary to the Royal Marriages Act, the marriage was legally void. He married without his father's permission (he was then under 25 and his fathers permission was required by law) and Mrs. Fitzherbert was a Roman Catholic, which was in violation of the Act of Settlement. The marriage was covered up with help of the Duke of Wellington, and not made public until 1852, 22 years after the death of George IV. George married his cousin Caroline of Brunswick in 1795.

December 15, 1885  Death of Ferdinand of Saxe-Coburg-Gotha, King of Portugal and co-ruler with Maria II of Portugal, at Pena National Palace, in Sintra, Portugal; buried at the Monastery of São Vicente de Fora, Lisbon
Ferdinand was a first cousin of Queen Victoria, Prince Albert, and Empress Carlota of Mexico.

December 16, 1485 - Birth of Catherine of Aragon, daughter of Ferdinand of Aragon and Isabella of Castile, first wife of Henry VIII, mother of Mary I, at Alcala de Henares, Spain

December 16, 1732  Death of Prince Josef Johann Adam of Liechtenstein; buried at the Liechtenstein Crypt in Vranov nearby Brno, Czech Republic

December 16, 1790 - Birth of Leopold I of the Belgians at Ehrenburg Palace in Saxe-Coburg-Saalfeld
King Leopold I was the uncle of Queen Victoria and Prince Albert.

December 16, 1888 - Birth of Alexander I of Yugoslavia in Cetinje, Principality of Montenegro

December 16, 1909  Death of Adelaide of Löwenstein-Wertheim-Rosenberg, wife of Miguel of Portugal (after he was deposed); buried at the Monastery of São Vicente de Fora, Lisbon
~Susan~
~Unofficial Royalty~
Royal news updated daily, information and discussion about royalty past and present
http://www.unofficialroyalty.com/
Top

December 17, 942  Death of William I Longsword, Duke of Normandy; buried in Rouen Cathedral

December 17, 1619  Birth of Prince Rupert of the Rhine, commander in the English Civil War, in Prague
Rupert was a nephew of King Charles I, who created him Duke of Cumberland and Earl of Holderness.

December 17, 1734 - Birth of Maria I of Portugal at Ribeira Palace in Lisbon, Portugal

December 17, 1847  Death of Marie Louise of Austria, second wife of Napoléon Bonaparte, at Parma, Italy; buried at the Imperial Crypt in the Kapuzinerkirche in Vienna

December 17, 1860  Death of Désirée Clary, wife of Charles XIV of Sweden, in Stockholm; buried at Riddarholm Church in Stockholm

December 17, 1909 - Death of Leopold II of the Belgians at Laeken, Belgium; buried at Royal Vault at the Church of Our Lady, Laeken

December 18, 1626 - Birth of Queen Christina of Sweden in Stockholm

December 18, 1863 - Birth of Archduke Franz Ferdinand of Austria, whose assassination in 1914 sparked World War I, in Graz, Austria

December 19, 1154 - Coronation of Henry II
Henrys wife Eleanor of Aquitaine was crowned on December 25, 1158 at Worcester Cathedral. Eleanor was pregnant with Henry the Young King at the time of her husband's coronation.

December 19, 1778  Birth of Marie-Thérèse-Charlotte of France, daughter of Louis XVI and Marie Antoinette, at the Palace of Versailles, France
~Susan~
~Unofficial Royalty~
Royal news updated daily, information and discussion about royalty past and present
http://www.unofficialroyalty.com/
Top

December 20, 1537  Birth of John III of Sweden at Stegeborg Castle in Söderköping, Sweden

December 20, 1904  Death of Alexandrine of Baden, wife of Ernest II, Duke of Saxe-Coburg and Gotha, at Schloss Callenberg

December 21, 69 - Vespasian becomes fourth Roman emperor in the Year of the Four Emperors

December 21, 1549 - Death of Marguerite of Angouleme, wife of Henry II of Navarre, at Odos, France

December 21, 1800  Birth of Louise of Saxe-Gotha-Altenburg, wife of Ernest I, Duke of Saxe-Coburg and Gotha, in Gotha
Louise was the mother of Prince Albert, Queen Victorias husband.