The Price of Blood: A Novel (Book 2 in the Emma of Normandy Trilogy) by Patricia Bracewell
US: Feb 2015

Readers first met Emma of Normandy in Patricia Bracewells gripping debut novel, Shadow on the Crown. Unwillingly thrust into marriage to Englands King Æthelred, Emma has given the king a son and heir, but theirs has never been a happy marriage. In The Price of Blood, Bracewell returns to 1006 when a beleaguered Æthelred, still haunted by his brothers ghost, governs with an iron fist and a royal policy that embraces murder.

As tensions escalate and enmities solidify, Emma forges alliances to protect her young son from ambitious meneven from the man she loves. In the north there is treachery brewing, and when Viking armies ravage England, loyalties are shattered and no one is safe from the sword.
Rich with intrigue, compelling personalities, and fascinating detail about a little-known period in history, The Price of Blood will captivate fans of both historical fiction and fantasy novels such as George R. R. Martins Game of Thrones series. 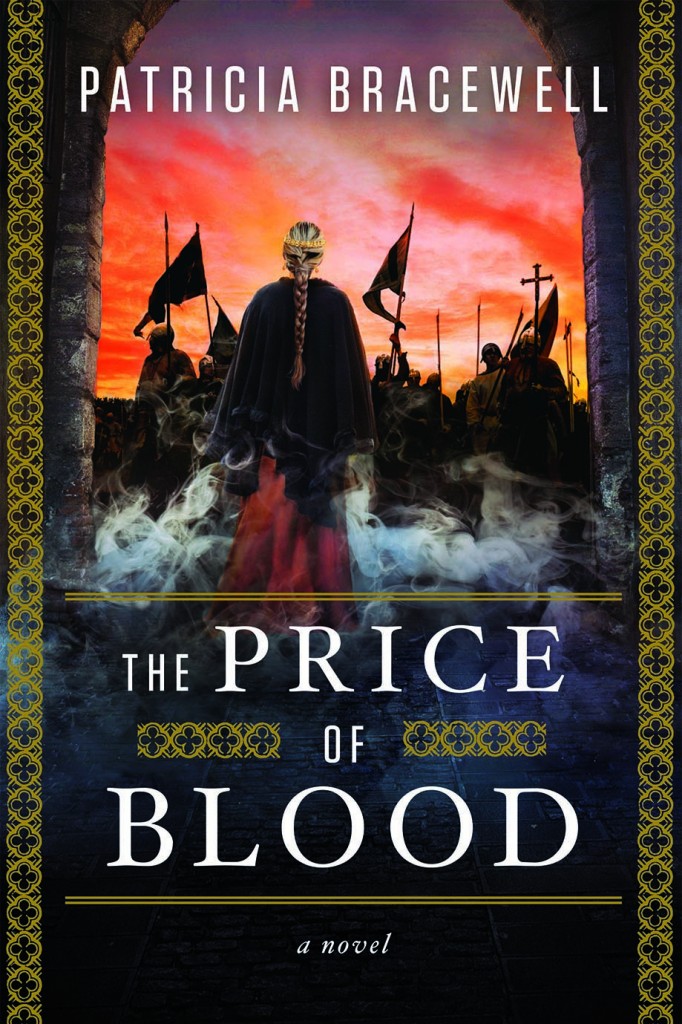 The Tutor: A Novel by Andrea Chapin
Release Date: February 5, 2015

A bold and captivating novel about love, passion, and ambition that imagines the muse of William Shakespeare and the tumultuous year they spend together.

The year is 1590, and Queen Elizabeths Spanish Armada victory has done nothing to quell her brutal persecution of the English Catholics. Katharine de LIsle is living at Lufanwal Hall, the manor of her uncle, Sir Edward. Taught by her cherished uncle to read when a child, Katharine is now a thirty-one-year-old widow. She has resigned herself to a life of reading and keeping company with her cousins and their children. But all that changes when the familys priest, who had been performing Catholic services in secret, is found murdered. Faced with threats of imprisonment and death, Sir Edward is forced to flee the country, leaving Katharine adrift in a household rife with turmoil.

At this time of unrest, a new schoolmaster arrives from Stratford, a man named William Shakespeare. Coarse, quick-witted, and brazenly flirtatious, Shakespeare swiftly disrupts what fragile peace there is left at Lufanwal. Katharine is at first appalled by the boldness of this new tutor, but when she learns he is a poet, and one of talent, things between them begin to shift, and soon Katharine finds herself drawn into Shakespeares verse, and his life, in ways that will change her forever. 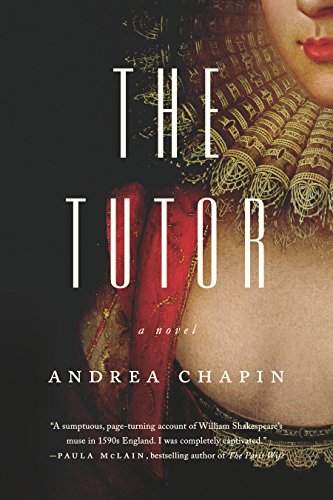 British Occupied Manhattan, 1777. American actress Jennifer Leighton has been packing the John Street Theater with her witty comedies, but she longs to escape the provincial circuit for the glamour of the London stage. When the playwright General John Burgoyne visits the city, fresh from a recent success on the Continent, she seizes the opportunity to court his patronage. But her plan is foiled by British intelligence officer Severin Devere.

Severins mission is to keep the pleasure-loving general focused on the war effortand away from pretty young actresses. But the tables are turned when Severin himself cant resist Jennifer Leighton

Months later, Jenny has abandoned her dreams of stage glory and begun writing seditious plays for the Rebels under the pen name Cornelia, ridiculing Gentleman Johnny Burgoyne and his armyand undermining the crowns campaign to take Albany. By the time Severin meets up with Jenny once again, she is on a British hanging list, and Severin is ordered to find herand deliver her to certain death. Soon, the two are launched on a desperate journey through the wilderness, toward a future shaped by the revolutionand their passion for each other 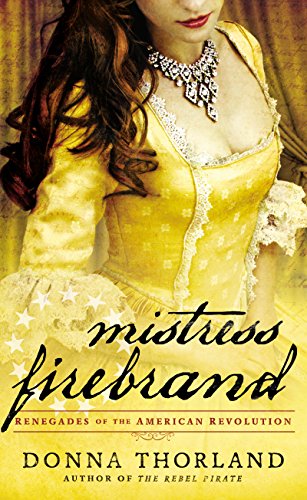 Susanna Kearsley has a new novel, A Desperate Fortune, out in large format paperback in the UK next April, not sure about US and Kindle.
Currently reading: The Chalet by Catherine Cooper
Top

Sorry, I've been bad about posting here since posting this stuff to my blog.

A Desperate Fortune by Susanna Kearsley is out in the US the same date as the UK, April 7.

For nearly 300 years, the mysterious journal of Jacobite exile Mary Dundas has lain unread-its secrets safe from prying eyes. Now, amateur codebreaker Sara Thomas has been hired by a once-famous historian to crack the journal's cipher.

But when she arrives in Paris, Sara finds herself besieged by complications from all sides: the journal's reclusive owner, her charming Parisian neighbor, and Mary, whose journal doesn't hold the secrets Sara expects. As Mary's tale grows more and more dire, Sara, too, must carefully choose which turning to take... to find the road that will lead her safely home. 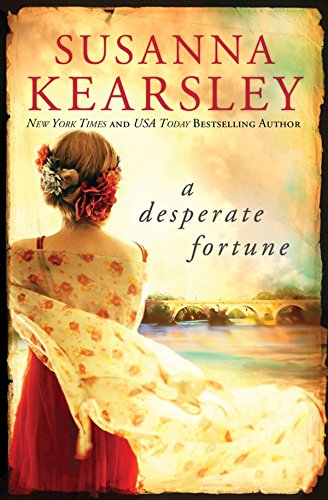 The Seven Sisters: A Novel Hardcover by Lucinda Riley
May 5, 2015

The first book in a major new series from the #1 internationally bestselling author Lucinda Riley.

Maia DApliese and her five sisters gather together at their childhood home, Atlantisa fabulous, secluded castle situated on the shores of Lake Genevahaving been told that their beloved father, who adopted them all as babies, has died. Each of them is handed a tantalizing clue to her true heritagea clue which takes Maia across the world to a crumbling mansion in Rio de Janeiro, Brazil. Once there, she begins to put together the pieces of her story and its beginnings.

Eighty years earlier in Rios Belle Epoque of the 1920s, Izabela Bonifacios father has aspirations for his daughter to marry into the aristocracy. Meanwhile, architect Heitor da Silva Costa is devising plans for an enormous statue, to be called Christ the Redeemer, and will soon travel to Paris to find the right sculptor to complete his vision. Izabelapassionate and longing to see the worldconvinces her father to allow her to accompany him and his family to Europe before she is married. There, at Paul Landowskis studio and in the heady, vibrant cafes of Montparnasse, she meets ambitious young sculptor Laurent Brouilly, and knows at once that her life will never be the same again.

In this sweeping, epic tale of love and lossthe first in a unique, spellbinding series of seven novelsLucinda Riley showcases her storytelling talent like never before. 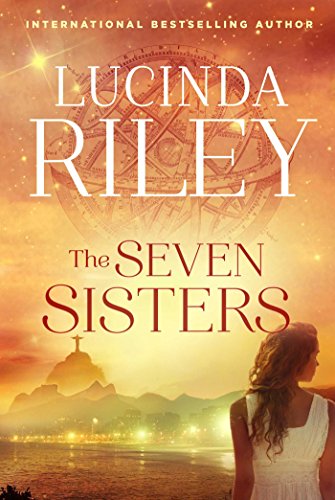 The Virgin's Daughter: A Tudor Legacy Novel by Laura Andersen
Release Date: May 19, 2015

What if Elizabeth the First, the celebrated Virgin Queen, had a daughter? For those who just cant get enough of the scandalous Tudors, the author of the wildly popular Boleyn King series offers an enthralling new saga of the royal family, set in Elizabethan England. Perfect for fans of Philippa Gregory and Alison Weir.

Andersen explores the thrilling possibility of a Tudor heir, the daughter of Elizabeth I, in her new trilogy, a captivating continuation of the alternate history of the Tudors launched in the award-winning Boleyn King trilogy. With her originality and imagination, Andersen breathes fresh life into this ever-fascinating epoch. Peppered with realistic period-details and genuine historical figures to add dimension and texture to her captivating story, Andersen brings the seduction and glamour of the Tudor court to life in this spellbinding new novel. 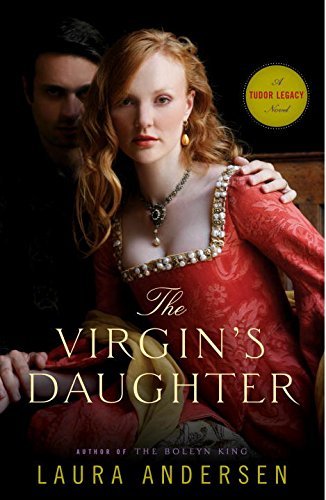 I did like Andersen's Boleyn trilogy, but I'm not sure if I want one more what if Elizabeth had a daughter novel

[quote=""Misfit""]I did like Andersen's Boleyn trilogy, but I'm not sure if I want one more what if Elizabeth had a daughter novel